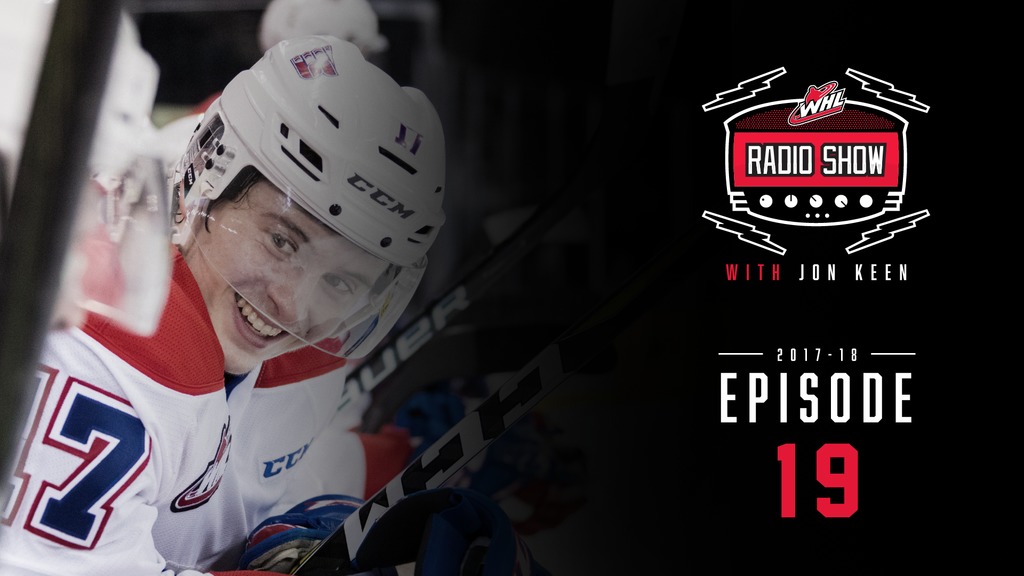 Spokane Chiefs forward Kailer Yamamoto is featured on this week’s WHL Radio Show with Jon Keen after earning WHL Player of the Week honors. (Note: Yamamoto’s interview begins at 8:10 of the show)

This week, Jon Keen talks to Kamloops Blazers Head Coach Don Hay after setting the Western Hockey League record for most coaching wins. Hay surpassed Ken Hodge with a 743rd coaching win last weekend at the Sandman Centre.  The record had stood since 1993.

Moose Jaw Warriors forward Jayden Halbgewachs (San Jose Sharks) accomplished a feat that hasn’t been done in the WHL since the 2011-12 season.  He collected his 50th goal in 47 games, becoming the latest to score 50 goals in 50 games or less. It was last accomplished by Medicine Hat Tigers forward Emerson Etem.  Halbgewachs will talk about that 50th goal and the accomplishment.

Finally, Spokane Chiefs forward Kailer Yamamoto (Edmonton Oilers) appears to be back in a groove.  The Edmonton Oilers first-round pick has been named the WHL On The Run Player of the Week.  He’ll join us to discuss his 10 points in four games, finding his game after the World Juniors.