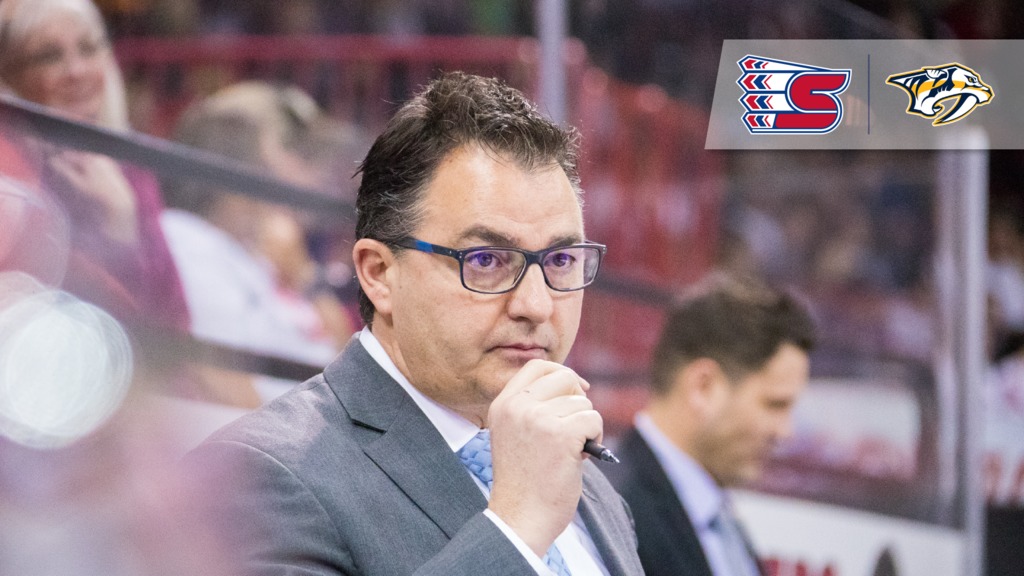 Spokane Chiefs head coach Dan Lambert has accepted an assistant coach position with the Nashville Predators of the NHL, as announced by the Predators on Tuesday.

“I would like to thank Bobby, Cathy and the Brett family for the amazing opportunity to coach the Chiefs,” said Lambert. “I also want to thank Scott Carter for hiring me and making this experience a wonderful one.

“From the front office staff to the hockey staff, the scouts and the players, these have been some of the best years for our family. Thank you to the fans for all the support. Once a Chief, always a Chief!”

Lambert coached two seasons with the Chiefs, leading the club to an 81-46-5-8 regular season record. He led the team to its deepest playoff run since 2011, reaching the 2019 Western Conference Championship. Prior to his time in Spokane, Lambert spent one season (2016-17) as head coach with the Rochester Americans of the American Hockey League (AHL) and one season (2015-16) as an assistant coach with the NHL’s Buffalo Sabres.

“Our whole organization is proud of this opportunity for Dan and excited that another Chief will be coaching in the NHL next season,” said general manager Scott Carter. “In his two years with us, he did an extremely good job on the ice and was an even better person off it.

“While he had just agreed on a new two-year deal, our organization believes in developing both players and staff. We were not going to hold Dan back from this opportunity. We wish him great success moving forward.”

The Chiefs will begin the search process for a new coach immediately.