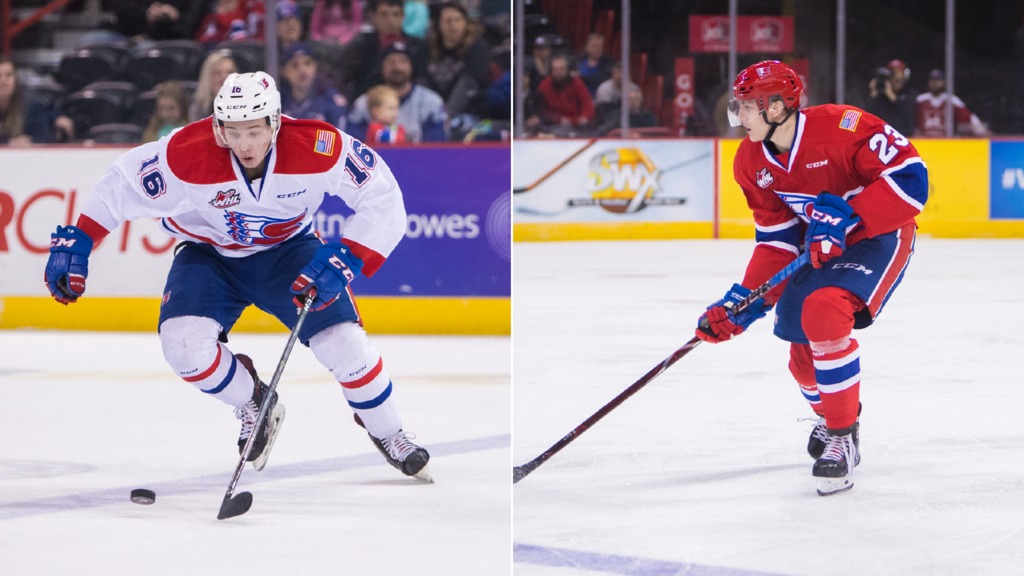 The Spokane Chiefs are proud to announce that 17-year-old forwards Cordel Larson and Connor Gabruch have been named the Chiefs’ Academic Achievers for the months of December and November. WHL players recognized as Academic Achievers are observed as those striving to reach their full potential in their educational programs while balancing WHL commitments.

Gabruch, who is taking classes at Joel E. Ferris High School, is currently studying Current World Affairs, English 12, and Anatomy and Physiology, averaging a 95% grade. Gabruch has maintained his classroom success while also playing 29 games for the Chiefs in his debut season.

Larson, who also attends Ferris, is taking English 12 as well as Anatomy & Physiology, averaging a 91%. He appeared in four games for the Chiefs during the 2017-18 season before opening the 2018-19 season on the roster and has posted 7 points (6G-1A) in 36 games played for the Chiefs this season.

The WHL recognizes one player from each team for their academic success during the months of November, December, January and February.