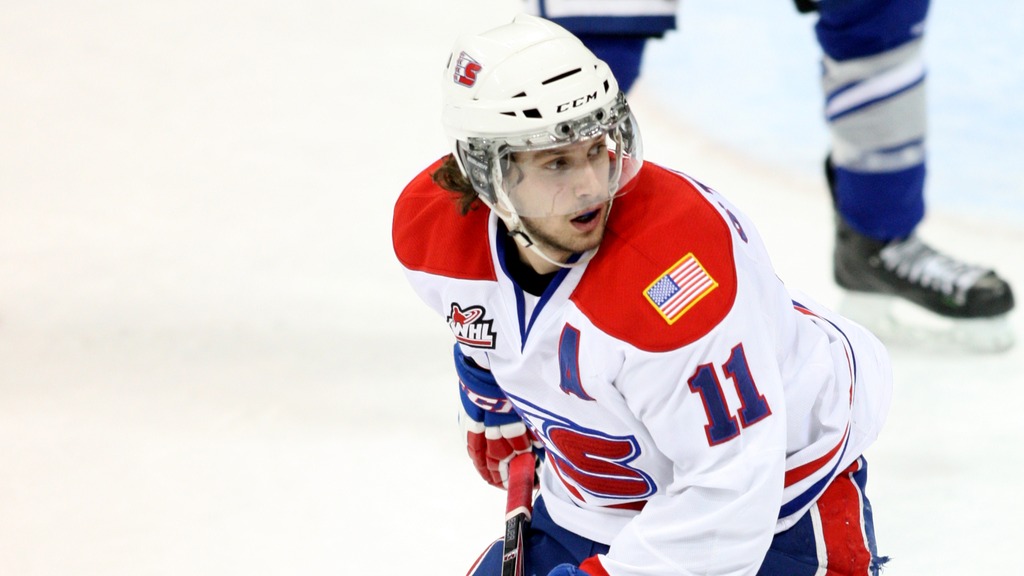 Former Chief Liam Stewart signed with the Coventry Blaze of the Elite Ice Hockey League (UK), it was announced on Wednesday morning. The 21-year-old played 251 games – 33rd in franchise history – for the Chiefs from 2011-2015, scoring 57 goals and 132 points.

“One of the biggest things when I decided to sign in the Elite League was being able to come home and play good competitive hockey and also be close to family,” he said in a Blaze press release. Stewart, the son of British rock star Rod Stewart and New Zealander model/actress Rachel Hunter, was actually born in the UK but will count as an import player due to his development in North America.

He also noted familiarity with some current Blaze players due to his experience at the IIHF U-20 World Championship Division I Group B tournament, during which he served as an assistant captain for Team Great Britain.