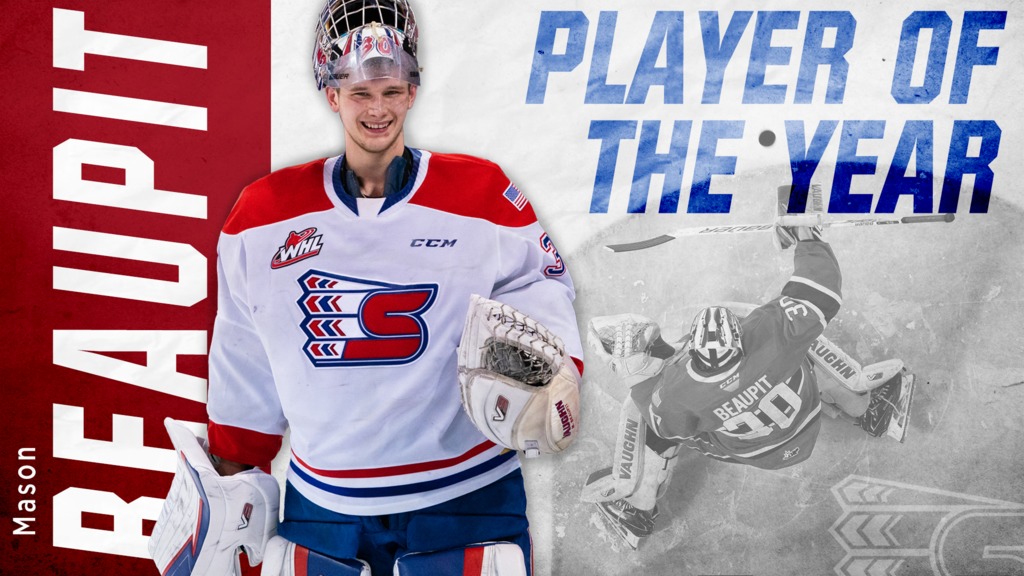 The Surrey, B.C. native was recently rated 5th overall in the NHL’s Central Scouting final listing for the top 2022 NHL Draft Prospect goaltenders. Beaupit was on the winning side at the CHL’s Kubota Top Prospect Game, stopping all 16 shots he faced in a 3-1 decision for Team White.

Throughout the season, Beaupit faced over 40 shots on goal seven times and made 35 or more saves on 12 separate occasions, going 5-6-0-1 in those match-ups. Fifteen times this season beaupit allowed two or fewer goals, going 11-5-0-0 in those starts.

On the last day of the regular season, with the Chiefs needing a win to clinch a playoff spot, Beaupit made 35 saves in 37 chances to help secure a 4-2 win at Victoria.