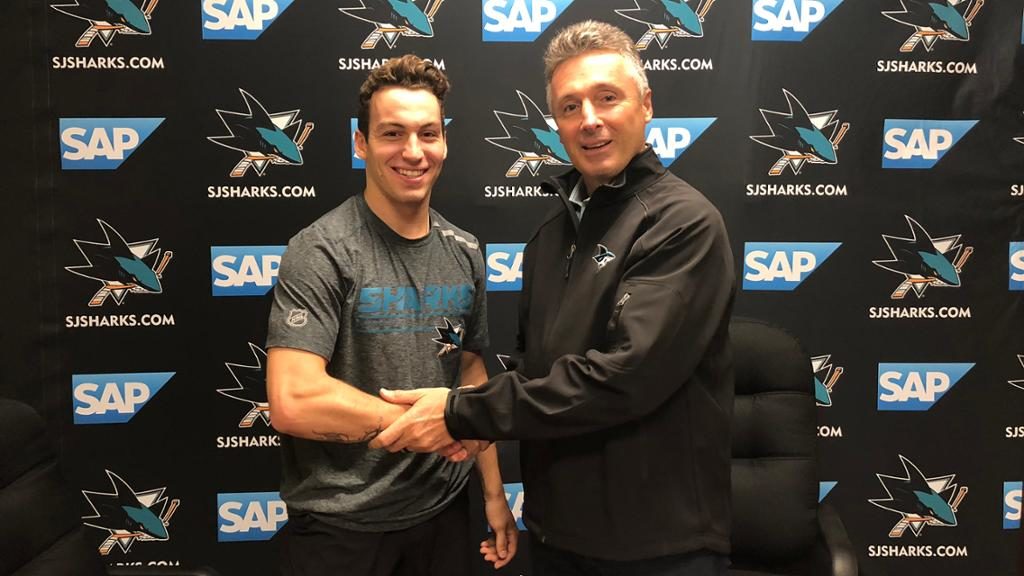 Spokane Chiefs forward Jake McGrew has signed a standard, entry-level contract with the San Jose Sharks, as announced by the Sharks on Saturday afternoon. McGrew was selected by San Jose in the sixth round (159th overall) of the 2017 NHL Entry Draft.

“Jake is an exceptional skater who is a threat to shoot from anywhere on the ice,” said San Jose general manager Doug Wilson in the team’s announcement. “He always seems to be around the net, ready to outwork his opponent for the puck. The California-born prospect really took his game to the next level during the WHL playoffs last season and carried that into Team USA’s World Jr. Selection Camp this summer before a strong showing in both the rookie tournament in Vegas and our NHL Training Camp this month. He has continued to exceed expectations, both on and off the ice, and we have been very impressed with his development under Spokane head coach Dan Lambert.”

McGrew, a 19-year-old winger from Orange, Calif., scored 19 goals and 38 points as a rookie for the Chiefs last season. He was selected by the Sharks in 2017 despite missing the 2016-17 WHL season with a knee injury. This summer, he continued to impress, earning an invitation to play for Team USA at the 2018 World Junior Summer Showcase.

He is eligible to return to the Chiefs this season, but is not expected to be in the lineup Saturday as Spokane opens their regular season schedule at Tri-City.