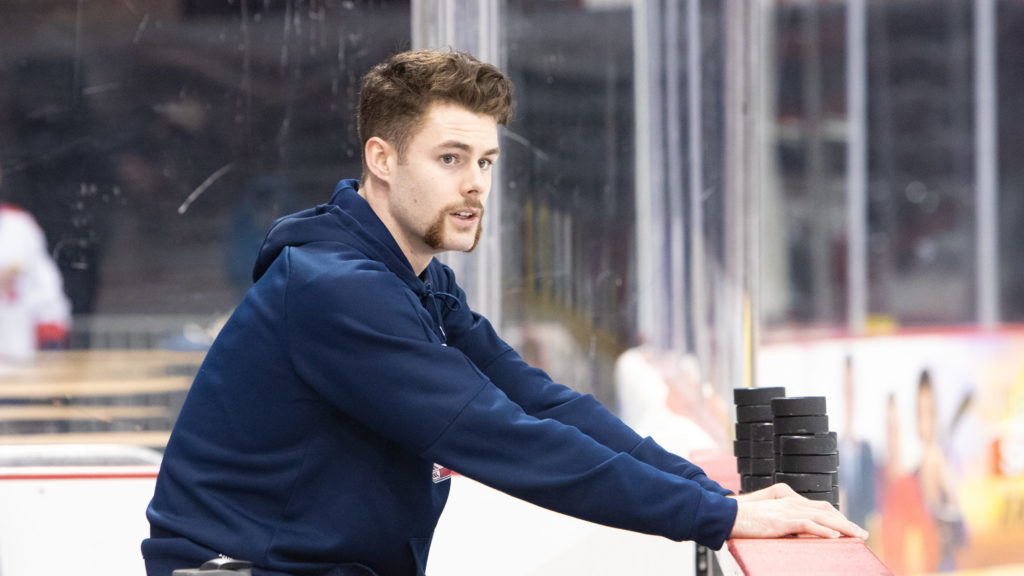 In hockey, style frequently draws more attention than substance. Translated, that means that sometimes casual observers are attracted more by flashy performances than by simple, steady ones. But in the long run, reliability, dependability and consistency are critical to a team’s success, and that’s where Spokane Chiefs forward Michael King comes in.

Acquired in a trade with the Kootenay ICE prior to the 2018-19 season, King has embraced his role as a hard-working, versatile contributor.  This year, he already has career highs in goals (9) and points (18). He’s also taken 369 faceoffs, winning 196 (53.1%), good for third on the team behind only Eli Zummack and Jack Finley. However, it’s the often overlooked things that King prides himself on.

“Not everything shows up on the score sheet,” King said. “I try to always bring energy and use my speed to help the team win. That means being solid defensively, working on the forecheck, taking hits and getting the puck in deep.”

King played two full seasons for Kootenay but the ICE missed the playoffs both years, so the move to Spokane was a welcome change before a season in which the Chiefs made a deep playoff run. Now with 249 games under his belt between the regular season and playoffs, King has a veteran’s perspective.

“Hockey just seems to be a bigger deal in Spokane,” he said. “Everything is on a larger scale and it’s just a professional-style environment.”

As the Chiefs move into the final months of the 2019-20 campaign, King noted some changes in mentality.

“For me, that means working after practice on the things where I need to improve, like my shot and finishing around the net. It’s a team effort and I’m not someone who’s ever tried to do everything myself.”

As for the future, his goal is the same as most WHL players: a professional career. But he’s also beginning to examine all his options, or “thinking a little bit about what my other passions are”, as he puts it.

King, who was actually born in Florida, spends most of the offseason in Winnipeg, living with his older sister, who’s in medical school there. His parents returned to Florida two years ago after moving to Canada when Michael was young; he boasts dual U.S. and Canadian citizenship. King’s father is a physicist in Gainesville while his mother has retired.

With a year and a half of WHL eligibility remaining, there’s much unknown about King’s playing future. If the professional route doesn’t work out, he’ll have at least four years of education funding to rely on as part of the WHL Scholarship program.

In the meantime, he deals with big-game pressure by helping his teammates grow and get better, remembering that hockey is a game and enjoying every minute of it. He just happens to enjoy doing the little things to help earn points in the standings.

“It’s rewarding when I do my job and we win.”