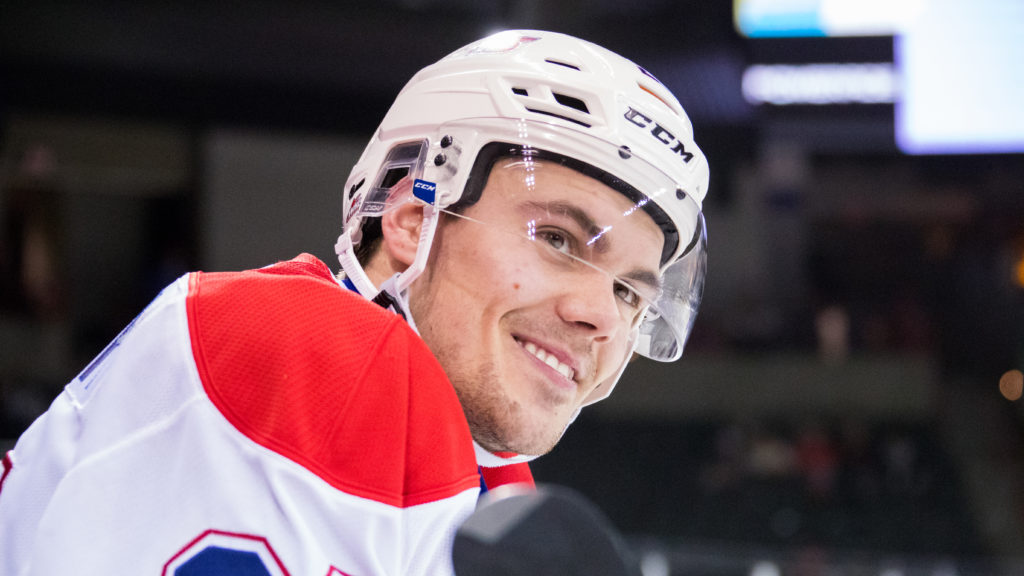 There are many Western Hockey League veterans with experiences similar to those of Luc Smith, one of the newest Spokane Chiefs, but few are as articulate in describing their WHL journey.

Smith, a 20-year-old center from Stony Plain, Alberta, joined the Chiefs in late November after being traded for the second time in his five-year junior career. He played more than two full seasons in Regina before he was dealt to Kamloops as a 17-year-old (during his “18-year-old” hockey season), and came to Spokane from the Blazers as an overage.

He has played in more than 300 WHL contests including playoffs and made his mark quickly for the Chiefs, recording three points in his first two games, including a goal and an assist against the division-leading Everett Silvertips.

Smith has scored 12 goals in his first 19 games with the Chiefs – six of those during a recent five-game goal streak – but is reluctant to characterize this as a breakout season.

“I’ve been in a position here where I have lots of opportunities to be successful,” he said. “My role in Spokane isn’t really much different from what it was in Kamloops. As a 20-year-old in this league, the game should be easier because you’re bigger, faster, and stronger, and you need to be a guy who can be relied upon to bring leadership on and off the ice.

“I’ve worked hard to be in the position where I am now, and this team is really a good group, where it doesn’t matter whether you’re on the first line or the fourth. Obviously, it helps to be playing with the top scorers, but as long as we’re winning, I’m going to be happy.”

Smith said that he was well-prepared for his first trade, but the move from Kamloops came as a shock; he assumed he would finish his WHL career there.

“It was a surprise, but I know that guys get traded or moved all the time, so I’ve always been determined to make the most of the time I spend with my teammates wherever I am.

“When I was in Regina, one of the older guys who had just been traded talked to me about that. He said, ‘This will all be over before you know it,’ and he was right. I think that’s been the most important lesson from my time in the league.”

Smith has made many close friends during the last few years, but he has a special relationship with Spokane’s Riley Woods, who was traded to the Chiefs from Regina during his second WHL season. The two played as teammates for Regina during the 2015-16 and 2016-17 seasons, before each were dealt in December of 2016.

“I had kept in touch with Riley, but it was pretty special when we found out that I was coming to Spokane.”

Smith makes time for hiking and camping during the summer, when he spends time working at his parents’ two car washes. He also found some work as an arborist, hauling 150-pound logs to the wood chipper and splitting logs to make firewood.

Like many WHL players, Smith doesn’t know exactly where the future will take him, but whether it’s on to a professional career or taking advantage of the five-year WHL Scholarship he has earned during his time in the league, he’s prepared for anything.

“Every day has its own challenges,” he said. “Playing at this level away from home, in a pressure-filled environment, gives you a head start for the real world. The life lessons come faster and bigger the older you get, but I think I’ve become self-sufficient enough to handle the challenges.”