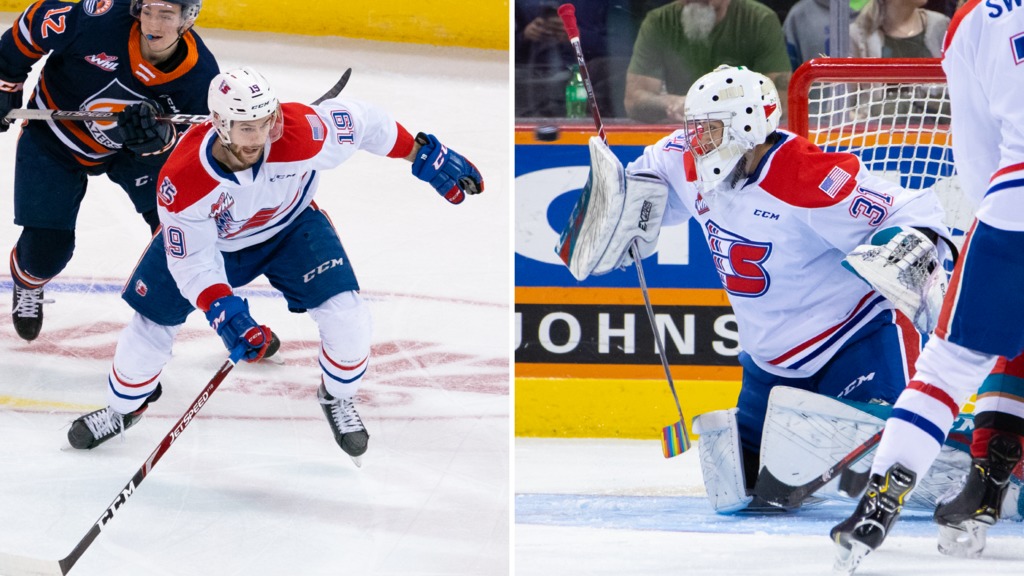 “We are very grateful to both Michael and James for their contributions to our organization,” said general manager Scott Carter. “Both were acquired via trade and were exactly the type of player we hoped we were getting, both on the ice and in the dressing room.”

King, a forward from Winnipeg, Manitoba, was acquired from the Kootenay ICE (now Winnipeg ICE) during the offseason prior to the 2018-19 season. In 129 games over two seasons with the Chiefs, he posted 16 goals and 21 assists for 37 points, including career highs in most categories during the 2019-20 season. In total, King has played 251 career WHL games, tallying 61 points (26G-35A).

Porter, a goalie from Bonners Ferry, Idaho, was picked up midway through the 2019-20 regular season after a season-ending injury to Campbell Arnold. In 10 games for his hometown club, the veteran netminder made a big impact, posting a 1.94 goals against average and .923 save percentage, including back-to-back shutouts in early February. He allowed two or fewer goals in six of his eight starts. Porter started his career with the Kelowna Rockets and boasts 83 career games played with a 3.11 GAA and .900 SV%.

“These move are never easy and this is no exception,” added Carter. “With the league limit on 20-year-olds, we wanted to make this decision as early as possible to provide Michael and James the opportunity to pursue other options. We wish them the best in their future endeavors, on and off the ice. Once a Chief, always a Chief.”