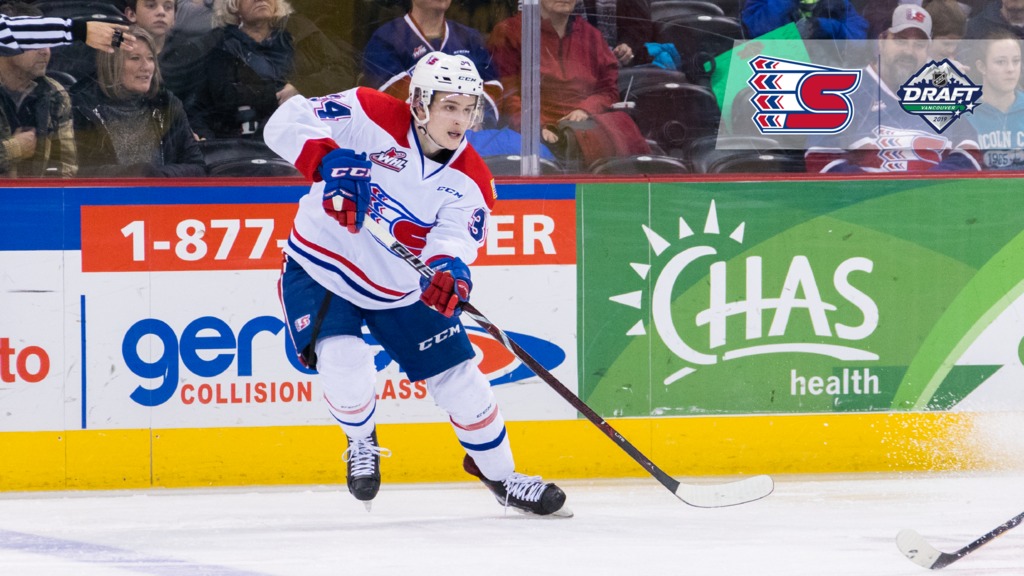 Adam Beckman entered the 2018-19 WHL season as bit of an unknown. That anonymity did not last long. He led the entire Western Hockey League in pre-season goals scored, but that was just the beginning.

In his draft year, the Saskatoon native pounded the puck into the blue paint, leading the team with 32 goals and becoming the first rookie to lead Spokane in lamps lit since 18-year-old Czech Daniel Bohac did so back in 1998-99 (26). He ranked second among all WHL first-year players with 62 points; the most by a Spokane rookie since Roman Tvrdon put up 70 in the 1999-00 campaign. He became the first 17-year-old to lead the team in goals since eventual second-overall NHL pick Pat Falloon in 1989-90.

Beckman recorded 13 multi-point games during the regular season, highlighted by 2G-2A performances versus Seattle on Dec. 16 and versus Victoria on March 9. He potted his first career hat trick in a 10-1 demolition of rival Tri-City on March 16.

He continued to impress during the playoffs, scoring eight goals and four assists for 12 points, including two game-winners and three multi-point efforts.

A gifted goal-scorer, Beckman flat-out knows how to find the back of the net. He can also distribute and was effective on the Chiefs’ power play as a quick passer. His forecheck and defensive game improved significantly throughout his rookie season, as his 6-foot-2 frame allows him to disrupt passing lanes and force turnovers.

Quick, creative playmaker with very good puck skills.  Demonstrated ability to use puck skills at speed through the neutral zone while attacking defenders. Plays bumper on the power play effectively as he makes decisions and moves the puck quickly. Accurate passer, has the potential to be a dynamic playmaker down the road.

The one thing about Adam is he’s got great offensive instincts and he showed that last season (in Battlefords)… You don’t always know if it’s gonna translate in the Western (Hockey) League at a higher level, but his instincts are that good. He seems to know where the net is.

Beckman could hear his name as early as the 2nd round, but is expected to go somewhere in the middle of the draft.

When will Adam Beckman be drafted?