This year marks Zummack’s first year eligible for the draft, while Elynuik will re-enter the pool after he did not sign with the Carolina Hurricanes, who picked him in the third round in 2016. 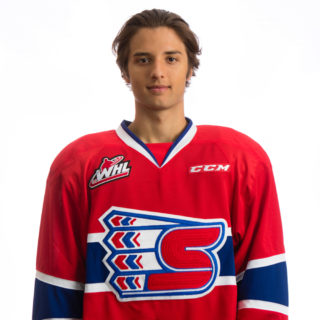 Zummack was acquired by the Chiefs in a January 2016 trade with the Red Deer Rebels and made his WHL debut the following season. The Kelowna, B.C. native has blossomed into a key cog in the Spokane lineup as a reliable two-way center, able to create offense while taking on difficult defensive assignments.

Zummack nearly doubled his rookie stats during a breakout sophomore campaign, scoring 15 goals and adding 26 assists for 41 points. He earned a five-game point streak book-ending missed time due to injury from Jan. 10 – Feb. 20 and scored multiple points 11 times, including three three-point efforts. Zummack was outstanding in the playoffs, adding five points (2G-3A) in the Chiefs’ first round series against Portland.

He was named the Chiefs’ Ken Rabel Most Sportsmanlike Player for the second consecutive season after picking up just four penalty minutes all season (he has 10 in 108 career games).

Zummack is a smart, two-way center who plays a 200-foot game and is reliable in all zones. He displays a high hockey IQ and puts himself in good areas to score, particularly on the power play. He is on the shorter side at 5-foot-9 but weighs in at 175 pounds, allowing him to play much larger than his height would suggest.

Zummack could hear his name in the final rounds of the draft. 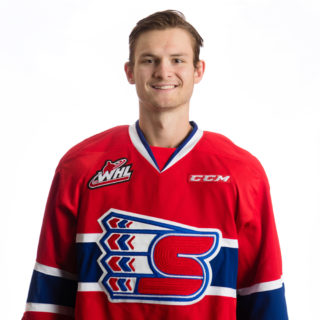 Elynuik wrapped up an outstanding Western Hockey League career with his best season offensively, scoring a career-best 86 points including 31 goals. He added seven points (3G-4A) in seven playoff games. He recorded multiple points in 23 games, including four games with 4+ points and a five-point effort (1G-4A).

Elynuik was drafted in the 3rd round (74th overall) of the 2016 NHL Entry Draft by Carolina but did not sign an Entry-Level Contract, so he is eligible to be drafted again this year.

Hudson’s father, Pat Elynuik, was the 8th overall pick in the 1986 draft by Winnipeg and played over 500 NHL games.

Elynuik stands at a towering 6-foot-5 and uses his length to his advantage in the offensive zone. He has excellent hands, especially for someone with his size, and showed consistent improvement in his shot during his junior career. He shows an ability to see the ice and set up teammates for easy goals. His length is disruptive on the forecheck, creating turnovers and slowing the opponent’s breakout.

Elynuik could hear his name called in the later rounds.