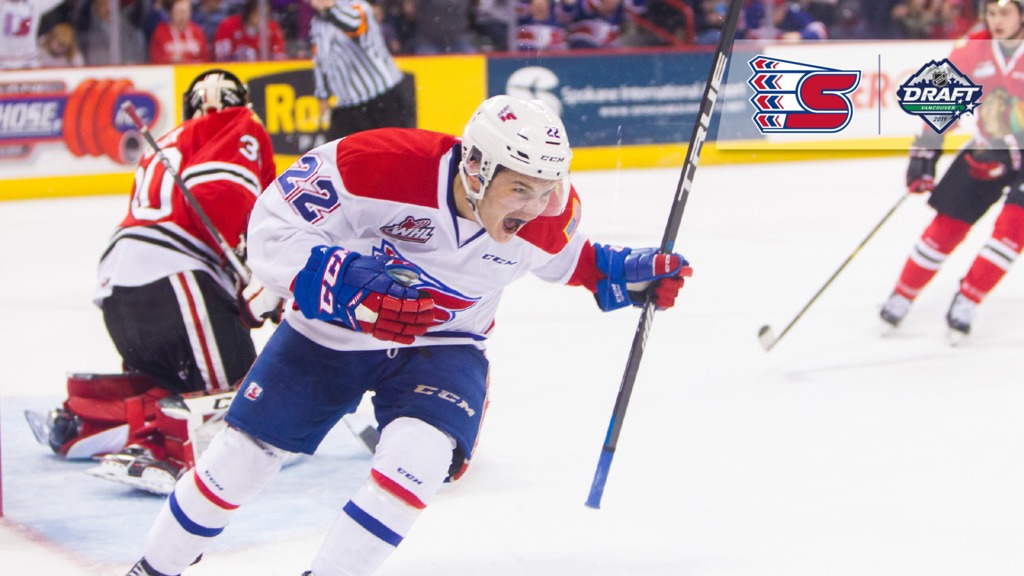 Forward Luke Toporowski has a familiar name to Chiefs fans. His father Kerry played two seasons for the Chiefs from 1989-91, winning the 1991 WHL Championship and Memorial Cup after piling up a franchise record 505 PIM. Kerry was one of three Chiefs drafted by the San Jose Sharks in 1991, joining the dynamic duo of forwards Pat Falloon and Ray Whitney.

Originally the Chiefs’ first-round (8th overall) pick in the 2016 WHL Bantam Draft, Toporowski made his debut with the Chiefs as a 16-year-old rookie in 2017, scoring 23 points (10G-13A) in 61 games before adding 2G & 2A in seven playoff games. He doubled his output in his draft year, eclipsing the 20-goal mark (21G-28A–49PTS) and picking up 11 multi-point games before tacking on 6G & 4A during the Chiefs’ long playoff run.

While his name may be familiar, his game is not. Unlike bruising defenseman Kerry, power forward Shayne and stay-at-home blueliners Brad and Jake, Luke Toporowski is a skilled forward with a knack for scoring in big moments, utilizing his speed and tenacity all over the ice.

He has good top speed. He did a good job of limiting the time/space of the puck carrier when he was on the forecheck. Good tenacity. He maneuvers the puck well through traffic and displayed a willingness to go to the net.

Quick, makes plays all over the ice. The type of player that’s always around the puck.

Toporowski could hear his name anytime during the second half of the draft, in rounds 4-7.

When will Luke Toporowski be drafted?