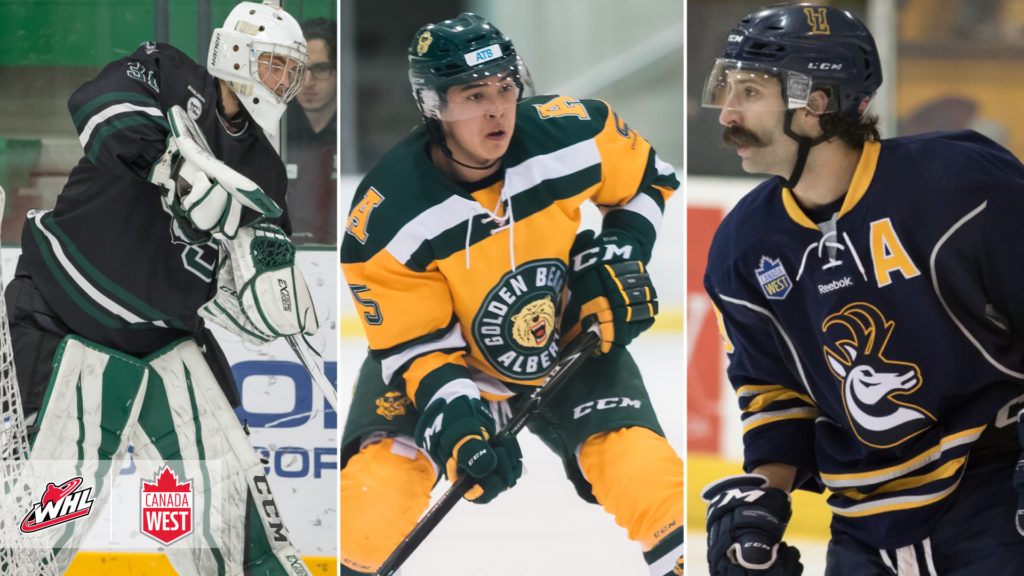 The Western Hockey League announced today that 83 WHL Alumni will battle for U SPORTS supremacy at the 2019 Cavendish Farms University Cup in Lethbridge, Alta., scheduled for March 14-17. Among those competing, nine are former Spokane Chiefs, including:

From the WHL’s announcement:

Calgary, Alta. – The Western Hockey League announced today that 83 WHL Alumni will compete for U SPORTS supremacy at the 2019 Cavendish Farms University Cup in Lethbridge, Alta., scheduled for March 14 to 17.

The WHL is represented with graduate players on all eight rosters of competing teams at the annual tournament, including 26 with the Canada West (CW) champion University of Alberta Golden Bears, 23 with the University of Saskatchewan Huskies and 17 with the host University of Lethbridge Pronghorns.

The University Cup serves as the U SPORTS national championship for men’s university hockey in Canada. It was first presented in 1885. Having won the national title in 2018, the Alberta Golden Bears have earned Canadian University supremacy 16 times.

Administered by the WHL Office, WHL Scholarships are solely funded by the WHL member Clubs. Every player who plays in the WHL is eligible to receive the WHL Scholarship. For every season a player plays in the WHL, they receive a guaranteed, full-year WHL Scholarship including tuition, textbooks and compulsory fees to a post-secondary institution of their choice. The WHL Scholarship is a fully-guaranteed academic scholarship with no requirement to play university hockey to qualify. The WHL graduate can apply the funding to any post-secondary or career-enhancing program of his choice, including trades schools or professional career training programs.