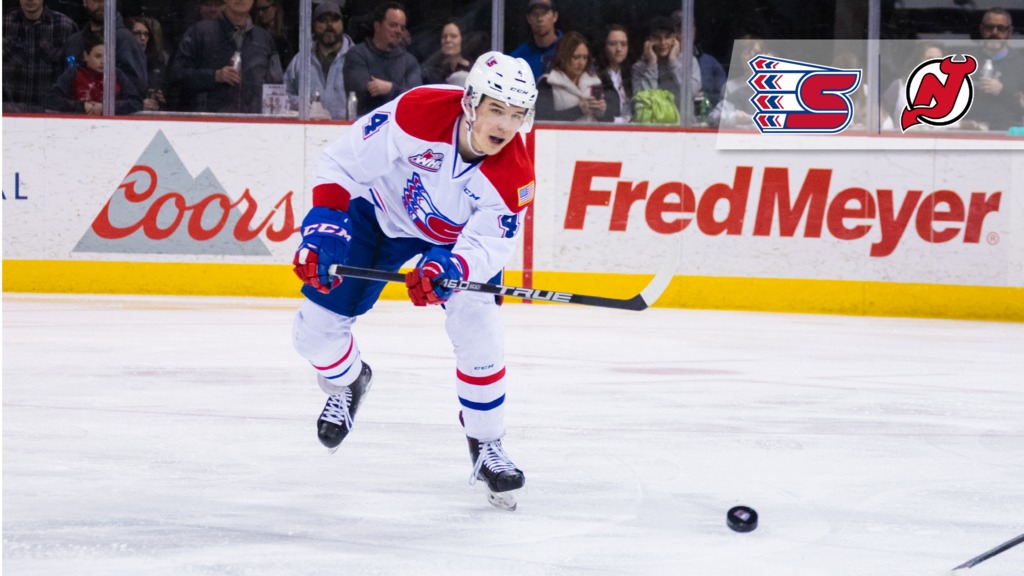 Spokane, Wash. — Spokane Chiefs defenseman Noah King has been invited by the New Jersey Devils to compete in the 2019 Prospects Challenge, set to take place Sept. 6-9 in Buffalo, N.Y.

King, who is entering his overage WHL season, set career highs last year with five goals and 14 points in 65 regular season games between the Chiefs and Swift Current Broncos. He was the anchor of the Chiefs’ defense down the stretch, particularly during the team’s playoff run to the conference finals, partnering with Devils’ prospect Ty Smith on the first defensive pairing. He will join Smith – who was New Jersey’s first-round pick in 2018 – at the tournament.

King is one of nine defensemen skating for the Devils at the Prospects Challenge. New Jersey will compete against Buffalo, Pittsburgh and Boston at the event, which will take place at Harborcenter in Buffalo.