Over 60 Players Ready To Compete At Chiefs’ Training Camp 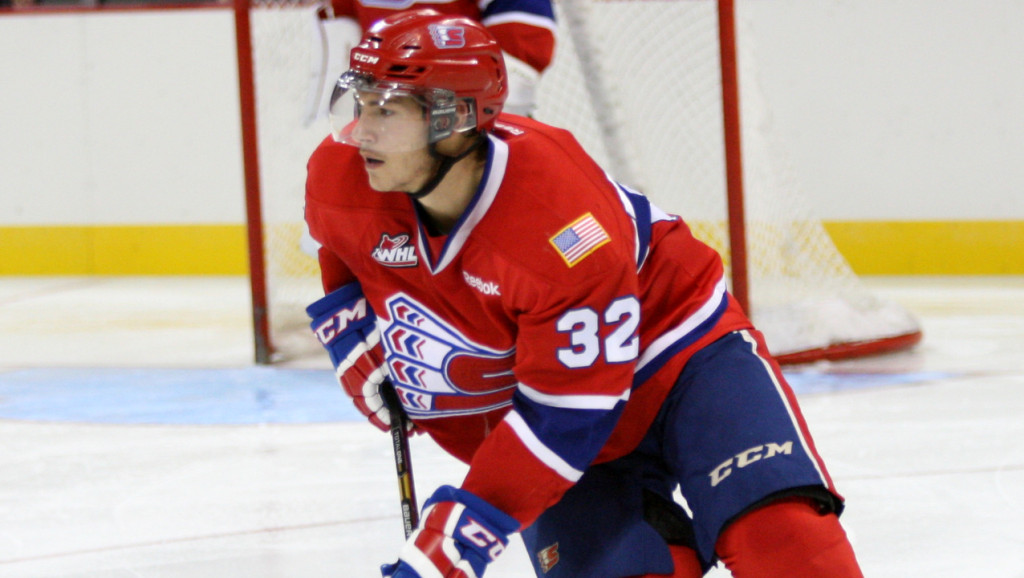 SPOKANE, Wash. – New and returning Spokane Chiefs players and prospects will file into Spokane Arena this week to officially check in as the organization will kick off its 2016 Annual Training Camp on Thursday, August 25. Over 60 players are expected to participate in ice sessions over the four-day event, concluding with the annual Red-White Game at 1 p.m. on Sunday, August 28.

The Chiefs’ hockey staff, including scouts, management and coaches, use fall camp as an evaluation period, focusing especially on the large group of young prospects looking to make an impression. This year’s camp includes 20 players born in 2001, 17 in 2000, seven in 1999, nine in 1998, five in 1997 and five in 1996.

In the crease, overage netminder Jayden Sittler will make his debut in Spokane’s red, white and blue after being acquired in a trade with the Lethbridge Hurricanes earlier this summer. Matt Berlin is the only other goaltender competing for a roster spot who can boast WHL game experience. Last year’s regular starter Tyson Verhelst will not return after retiring from hockey and enrolling at university, while last year’s backup Lasse Petersen was traded to Everett over the summer.

Players converge in Spokane from around the western United States and Canada. Of Canadian provinces, 25 players or prospects call Alberta home. Saskatchewan is next with 12, followed by British Columbia with nine and Manitoba with four. Five camp attendees are from Washington, led by returning brothers Keanu and Kailer Yamamoto. Rounding out the camp rosters are players from Iowa (two), California (one), Colorado (one) and Idaho (one). European imports Dominic Zwerger (Austria), Ondrej Najman (Czech Republic) and Pavel Kousal (Czech Republic) hopped the Atlantic Ocean on their way to camp this season.

Ice sessions for the Chiefs’ 2016 Annual Training Camp begin Thursday with the first scrimmage scheduled for 11:28 a.m. The full schedule with scrimmage times is available at spokanechiefs.com. All ice sessions are free and open to the public. Fans are asked to enter Spokane Arena through the southeast entrance near the Chiefs’ Ticket Office.

The Spokane Chiefs open the 2016-17 regular season on the road on September 24 before kicking off the home schedule with Bud Light Opening Night on Saturday, October 1 versus the Tri-City Americans at Spokane Arena. Ticket packages are on sale now and start as low as $70. For more information, stop by the Chiefs’ Ticket Office in-person on the southeast corner of Spokane Arena, call 509-535-PUCK or click here.