Parik and Jiricek Eliminated as Czechs Fall to Canadians, 3-0 in Quarterfinals 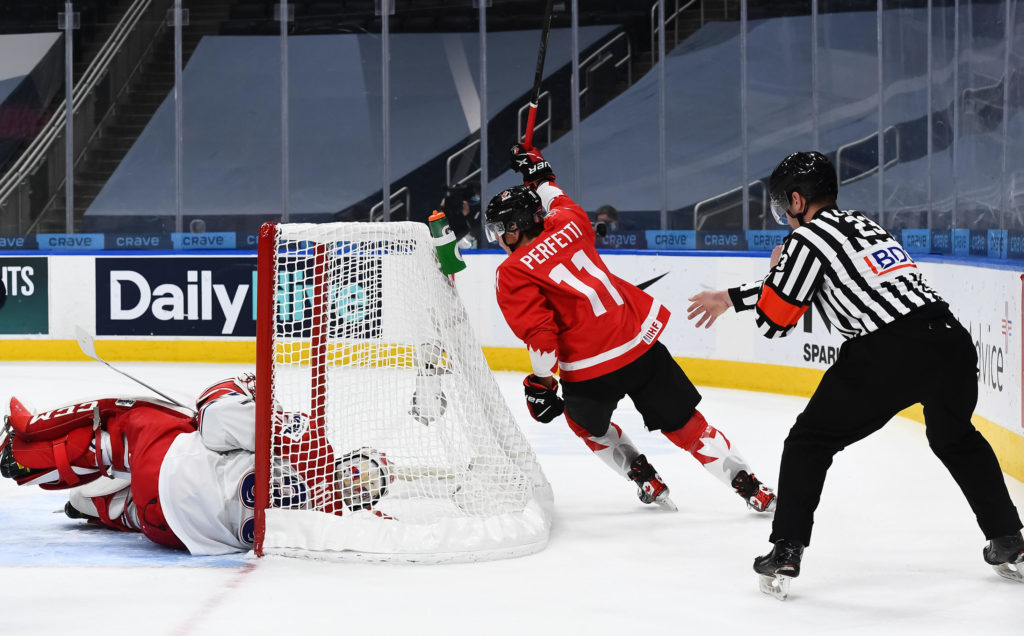 The Czechs hung tough with the top-seeded Canadians, even outshooting them 29-25 on the game, but they weren’t able to break past Team Canada goalie Devon Levi. WHLers Dylan Cozens (Lethbridge) and Bowen Byram (Vancouver) scored in the first to make it 2-0 before a late empty-netter sealed the result.

Jiricek finished with 17:07 0f ice time and a minus-two rating in the quarterfinal loss while Lukas Parik served as backup for starter Nick Malik.

In total, Parik finished with seven goals allowed in two starts but his 30-save shutout of the rival Russians in group play served as the highlight of the Czech Republic’s tournament. He was then under siege against Team USA as the Czechs spent much of the game shorthanded.

Jiricek had an impressive showing as an underage 17-year-old rearguard, picking up a goal and an assist in five games while averaging 16:11 of ice time. He will be eligible to play for the Czechs for two more years.