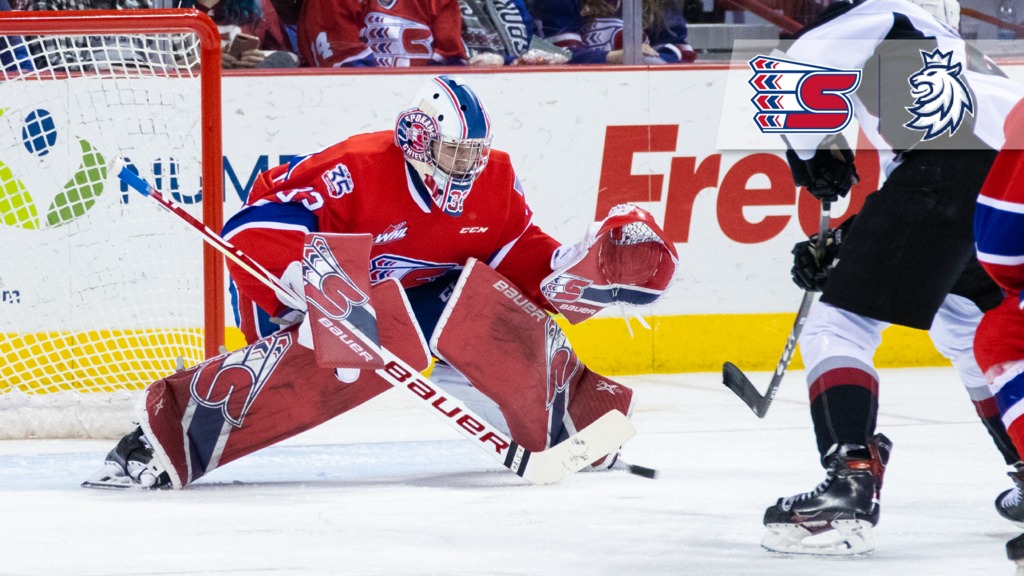 Spokane, Wash. — Spokane Chiefs goaltender Lukáš Pařík has been invited to the Czech Republic’s World Junior Championship selection camp, as announced by the Czech Ice Hockey Federation on Thursday. He is one of five goalies on the initial roster.

Pařík, a third-round pick (87th overall) by the Los Angeles Kings in the 2019 NHL Entry Draft, has appeared in 12 games in his rookie WHL season with the Chiefs, posting a 2.55 GAA and .912 SV% to go along with an 8-2-2-0 record. He has allowed just one goal against four times this season and has earned a save percentage of over .920 on five occasions.

The 6-foot-4 goalie was the Chiefs’ first-round pick (43rd overall) in the 2019 CHL Import Draft out of Neratovice, Czech Republic. He has previous experience playing for his country, representing the Czechs at the U-18 and U-17 levels.

In total, 39 players were invited to the selection camp. The roster will be cut to 20 for the 2020 IIHF World Junior Championship, which begins Thursday, December 26 in the Czech Republic. The hosting Czechs will begin their pool play schedule versus Russia.

Pařík will remain with the Chiefs through the weekend.

The Chiefs hit the road on Friday to take on the Vancouver Giants in Langley, B.C. Mike Boyle will have the radio call on 103.5 FM The Game, beginning with the pre-game show at 7 p.m. Puck drop is at 7:30.

Spokane returns home on Saturday for the annual Teddy Bear Toss presented by The Spokesman-Review Christmas Fund! Fans are encouraged to bring stuffed animals to throw onto the ice after the Chiefs score their first goal of the game. All donated toys are collected and distributed to Spokane families in need via The Spokesman-Review Christmas Bureau.

Tickets for Teddy Bear Toss and all Chiefs home games are available online or via the Chiefs’ Ticket Office, in-person at Spokane Arena or over the phone at 509-535-PUCK.