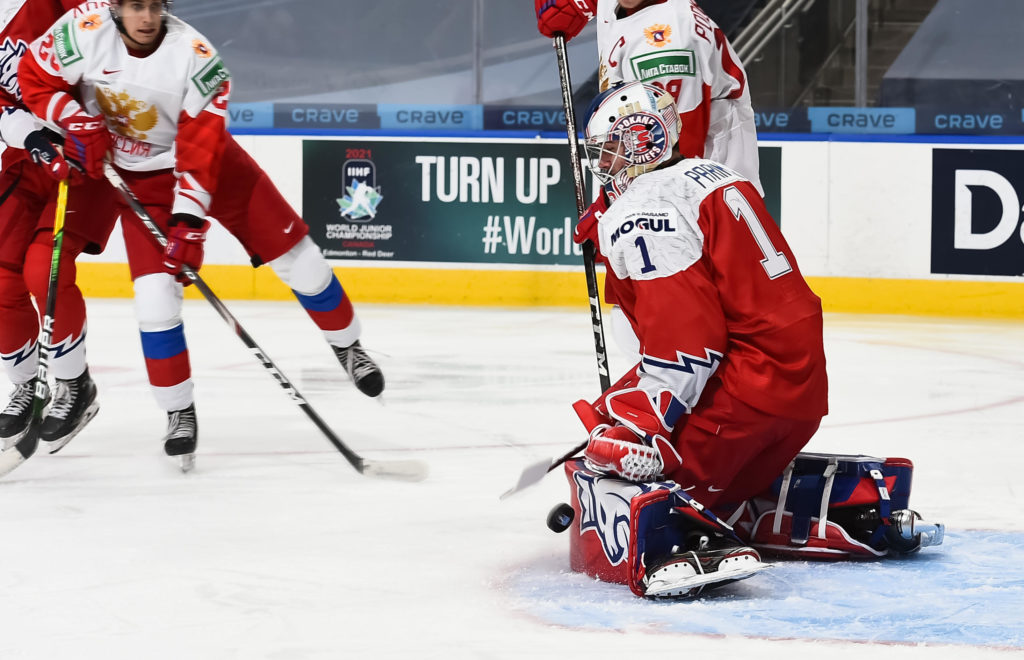 Edmonton — Spokane Chiefs goaltender Lukáš Pařík was perfect on Sunday night in Edmonton, turning aside all 30 shots faced as Team Czech Republic upset the powerful Russians, 2-0 in IIHF World Junior Championship group play. It was the first shutout of Team Russia at World Juniors since 2012 and the Czechs’ first shutout of the Russians since 2000.

The victory was driven by WHL experience for the Czechs as Prince George Cougar Filip Koffer scored the game’s first goal at 16:38 of the second period. Koffer was on the ice for over a minute during a sustained pressure by Russia before finding the energy to push up ice and punctuate a great effort from linemate Jakub Rychlovsky.

After being on the ice for well over a minute, the Czechs turn over Russia and break the tie! 1-0 Czech Republic 🇨🇿 pic.twitter.com/QD0sTyhR9z

They added another goal to make it 2-0 at 5:07 of the third as Moose Jaw Warriors forward Martin Lang capitalized on a breakaway to beat Russian goalie Yaroslav Askarov above the left pad.

Pařík, who was a third-round pick by the Los Angeles Kings in the 2019 NHL Entry Draft, earned Player of the Game honors. He recorded one shutout in 32 appearances for the Chiefs during the 2019-20 season, posting a 2.73 GAA and .917 SV%.

Also making an impact in the game was defenseman David Jiříček, whom the Chiefs selected in the 2020 CHL Import Draft. The 2022 NHL Draft prospect had 15:09 of ice time, two shots on goal and multiple big hits.