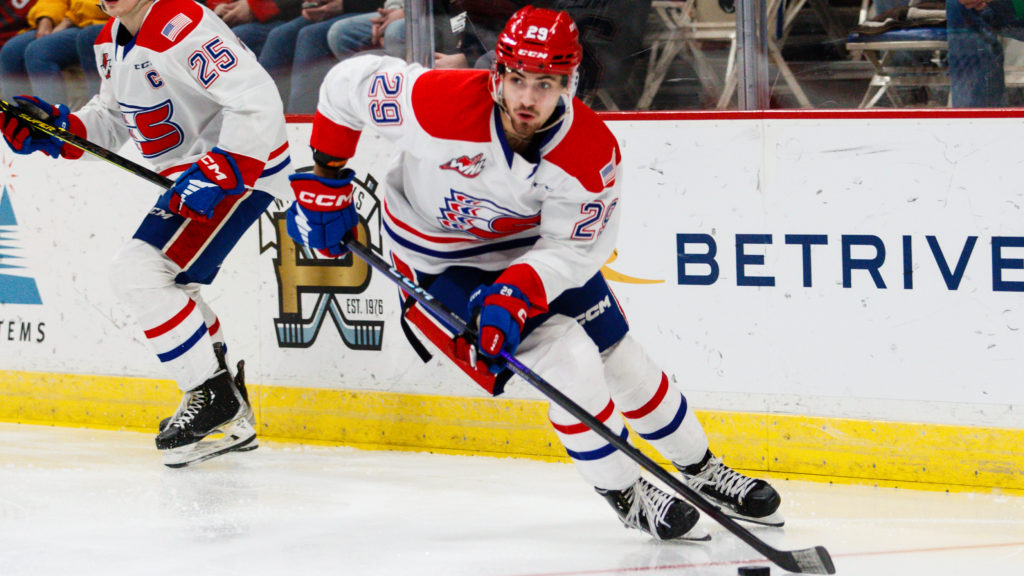 Portland, Ore. — Penalties proved to be Spokane’s downfall as the Chiefs fell to the Portland Winterhawks 6-1 on the road Monday afternoon.

The Winterhawks were quick to get on the board, as Gabe Klassen scored his 26th of the season just a minute and a half into play.

Berkly Catton answered when he took a feed from Chase Bertholet and fired a shot on goal, but it was saved by Dante Giannuzzi. Catton picked up his own rebound and skated over to the right circle to fling in a beautiful back-handed shot to the twine at 8:45 to tie things up 1-1. Cade Hayes also earned an assist on the play.

One way or another, Berk was getting this puck in the net 💪

We’re all tied up 1-1 at 8:45 in the first!#GoChiefsGopic.twitter.com/MQvKNIbz5A

Portland regained the lead at 12:48 thanks to a goal from Ryan McCleary, but the Chiefs kept it close at 2-1 for the rest of the opening frame.

The second period completely shifted things into the Winterhawks’ favor, starting just 46 seconds into play when Jack O’Brien capitalized on the man advantage to pad their lead to 3-1.

Portland followed that up with three unanswered goals throughout the middle frame, two of which were more power play goals.

Cooper Michaluk came in to relieve Dawson Cowan in net for the third period and stopped all 16 shots he faced, but the Chiefs’ offense wasn’t able to close the gap.

16/16 for Coop and this one was the icing on his birthday cake 🎂#GoChiefsGo https://t.co/dfaMtzsE2U

Up next, the Chiefs return home to take on the Seattle Thunderbirds this Friday on Gold Seal Plumbing Princesses and Heroes Night.

The Chiefs’ next home game is Saturday, January 27 versus the Seattle Thunderbirds. It’s Princesses and Heroes Night, presented by Gold Seal Plumbing! Tickets for January 27 and all regular season games are available online at spokanechiefs.com/tickets.