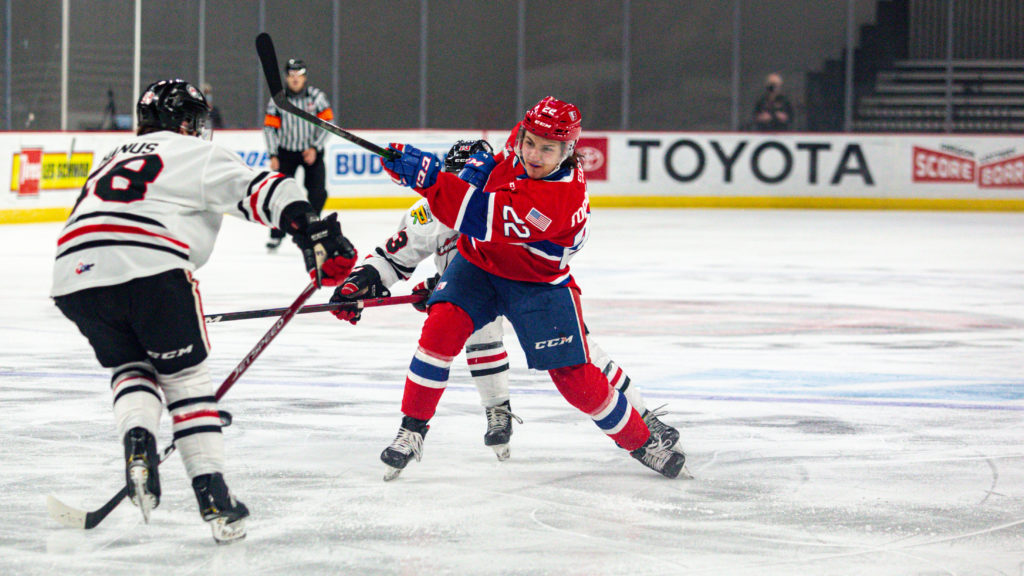 Portland, Ore. — Adam Beckman scored his 17th goal of the season but the Chiefs struggled on Saturday, losing to the hosting Portland Winterhawks, 4-1.

The Winterhawks struck early in the first period as Carolina Hurricanes prospect Seth Jarvis went backhand-to-forehand on a partial breakaway to beat Campbell Arnold. Portland added on to make it 2-0 headed into the first intermission as Reece Newkirk fired a shot on from the point at 16:21.

Forward Gabe Klassen scored his fifth of the season midway through the second as the puck bounced up and over Campbell Arnold’s shoulder to make it 3-0 Portland.

Beckman gave the Chiefs some life at 3:35 of the third, scoring his 17th of the year on a power play to cut the deficit to two goals.

However, Portland responded at 11:26 as Jaydon Dureau scored on a power play. Klassen tallied his second of the evening late to cap the scoring.

The Chiefs wrap-up the 2020-21 season Sunday, May 9 with a 5:05 p.m. contest with the Seattle Thunderbirds. Chiefs fans can watch that game live on SWX and online via WHL Live, or listen over the radio waves on Key 101.1 FM.