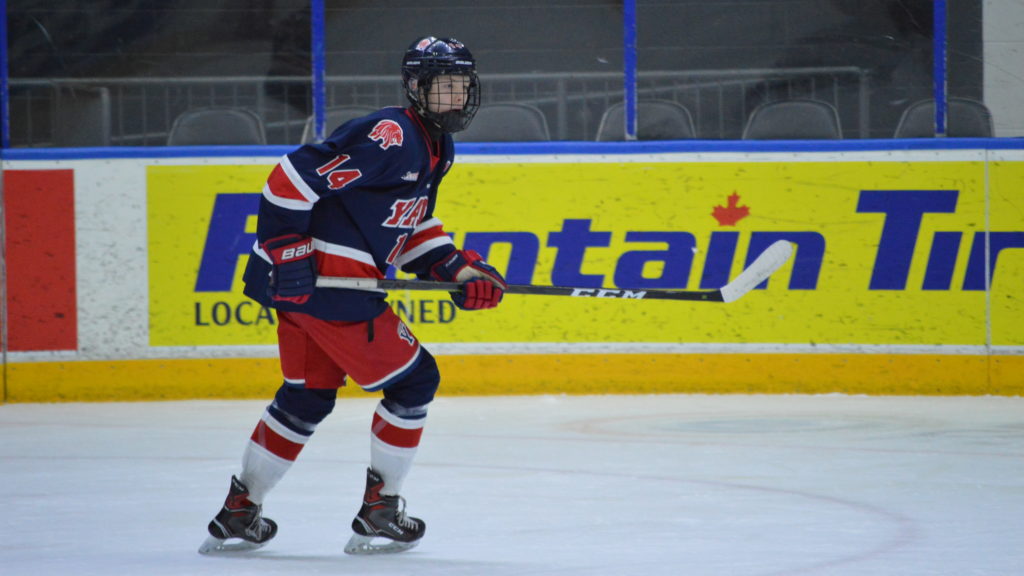 As we approach the one-month mark since the 2018-19 Spokane Chiefs season came to an end, we’re now less than three months out from training camp in preparation for the 2019-20 season. In addition to a cast of returning stars from last year’s Western Conference finalist team, one player bound to pique the interest of Chiefs staff and fans alike is 2019 WHL Bantam Draft first-round pick, forward Ben Thornton.

Earlier this month, the Chiefs made Thornton their top pick in the draft, selecting the forward 15th overall out Yale Hockey Academy; the same program that produced highly-touted 2018 first-rounder Graham Sward. At the time of Thornton’s selection, Chiefs’ Assistant General Manager Chris Moulton said, “Ben does a lot of good things. He’s a 200-foot player that contributes offensively. He’s got good size and huge character.”

When asked if he’s modeled his game after or plays in a similar style to any particular player, the Agassiz, B.C. native explained, “I kind of play like a Jamie Benn-type player. Bigger body, good shot and just a good passer.” Already 6’2″ at just 15 years old, he matches Benn in height and should have plenty of opportunity to add to his 152-pound frame moving forward. Thornton added that he feels his play-making ability is his strongest attribute on the ice.

Thornton’s hometown is located just over 40 minutes north of the U.S.-Canada border and while he’s never visited Spokane, he’s not a stranger to Washington state, frequenting Bellingham for shopping trips and occasionally making the trek down for a Seattle Seahawks game. He’s also familiar with the Chiefs, following the careers of fellow countrymen Ty Smith and Jaret Anderson-Dolan, each of whom have carved out a lasting legacy at Spokane Arena. An all-around athlete and man of few words, Thornton says he enjoys golfing and playing basketball during his time off the ice.

It’s in Abbotsford, B.C. that Thornton played his prep hockey, spending the last two seasons at Yale. During the 2018-19 season, he was the club’s second-leading scorer, tallying 45 points through 30 games while scoring 13 goals and piling up a team-leading 32 assists. Yale went 20-6-4 in the regular season before a stellar playoff run to secure a Canadian Sport School Hockey League (CSSHL) Bantam Prep Division Championship, helped in part by four points (1G-3A in 5 GP) from Thornton.

The long days of summer are upon us but before you know it, he and the rest of the 2019 bantam draft class will make their debut at Spokane Arena. Training camp will take place in late August, offering the newest Chiefs prospects a chance to impress.

Thornton will be eligible to play for the Chiefs full-time beginning with the 2020-21 season.