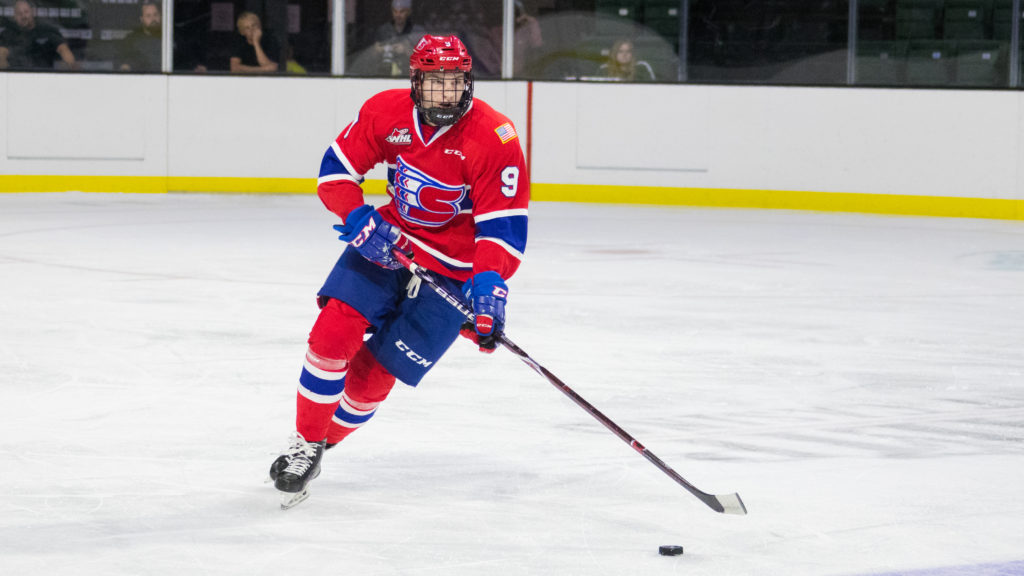 Spokane, Wash. — The Spokane Chiefs announced on Wednesday that they have added defenseman Graham Sward to their roster as an Affiliated Player. Sward was the Chiefs’ first-round pick (17th overall) in the 2018 WHL Bantam Draft.

Sward, a 2003-born rearguard from Abbotsford, B.C. has played 19 games with the Fraser Valley Thunderbirds of the BCMML this season, scoring five goals and 12 assists for 17 points. He appeared in five 2018 WHL preseason games with the Chiefs, picking up one assist and a +6 rating.

He became the 17th overall pick in the 2018 WHL Bantam Draft after posting two goals and 16 assists for 18 points in 26 games with Yale Hockey Academy of the CSSBHL last season.

Sward will be available to play in the Chiefs’ games versus Kamloops on January 4 and at Kootenay on January 5.