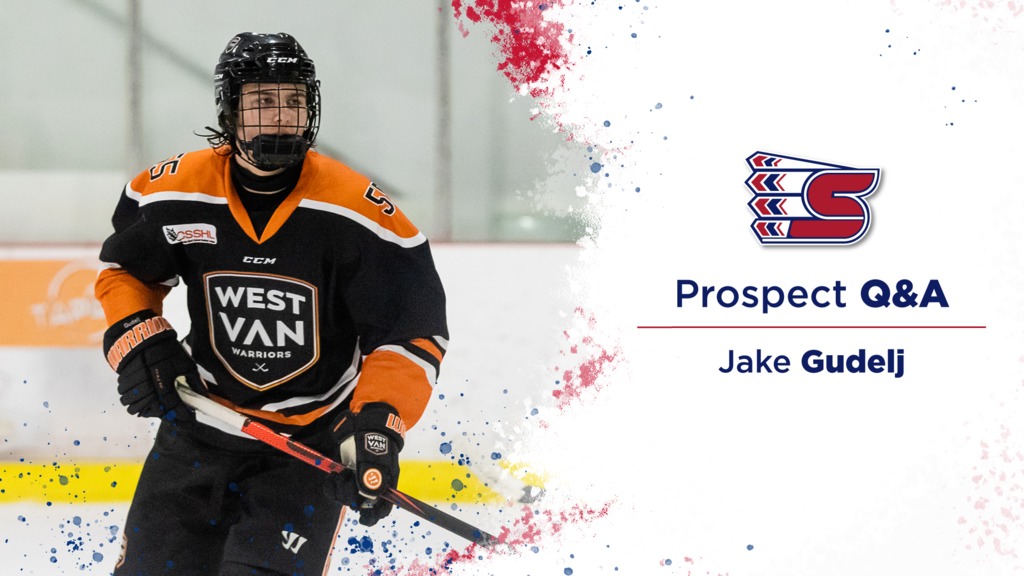 The Chiefs selected forward Jake Gudelj in the fourth round (84th overall) of the 2020 WHL Bantam Draft. The North Vancouver native recently reflected on his draft experience in an introductory Question & Answer interview:

Gudelj: Throughout the first month when I was starting to get questionnaires, Spokane started to really show a lot of interest. They were giving me calls and questionnaires, and then the day of the draft as the fourth round was nearing, (Chiefs Assistant General Manager) Jim Hammett called my dad and asked how I felt about playing for Spokane and my interest in the WHL. Five picks later, my name popped up on the screen. We were extremely happy; my mom was practically in tears and I was extremely happy and honored.

Q: Is there anybody either at the WHL or NHL level you feel closely captures the style of player you are?

Gudelj: At the WHL level, I’d say Jake Gricius of the Portland Winterhawks. He’s a big, fast centerman and he’s huge on the ice. He’s got a really nice shot and really good hands. At the NHL level, I’d say I’m like a (Winnipeg Jets Center) Mark Scheifele type of player. Again, a big fast centerman who can make really good heads-up plays and has really hard and accurate shot.

Gudelj: I’d have to say my playmaking ability and my grit. And my willingness to win and work hard to put our team ahead.

Q: Who is somebody in the WHL you would most look forward to playing with or against?

Gudelj: The Chiefs’ fifth-round pick Tyler Chan. We played together in Calgary and we were like the dynamic duo. We had two goals we scored in the exact same shift. I think we really clicked that tournament, so I’m excited to get to play with him.

Gudelj: When I was really little — I remember this vividly, it’s one of my favorite memories — I remember I was sitting in the middle of the room watching TV and my dad walked in the room and just asked if I’d want to try hockey. I was a little late — I was three years old and the season had already started — but I said I’d love to try it. At first, I was extremely bad and I wanted to quit so badly because I couldn’t skate. I couldn’t do anything, but as time progressed on, I began to love the game so much.

Gudelj: I’m kind of a school guy, so I like to get my schoolwork done and I really like science. But I’m a little big of a gamer after I get done with my schooling. I also really like playing basketball and soccer and still play high-level soccer.

Q: Have you put any thought into what type of career you might want to pursue if you chose not to continue playing hockey?

Gudelj: The WHL does offer those free years of university, so I’d love to take something related to science, either biology or physics, or maybe become a doctor.

Gudelj: I’m a leader. I like to lead by example both on and off the ice and be a role model. Obviously not when I’m a new player on the team, but when I’m a veteran, I want to give a good experience to the young guys coming into Spokane and I want to leave positive experiences with them when I leave Spokane.