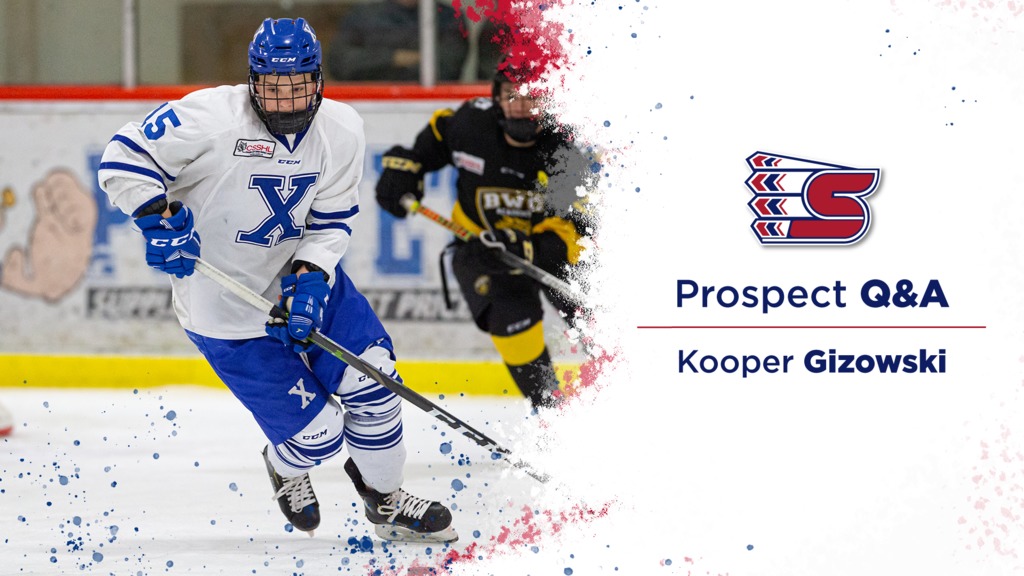 The Chiefs selected forward Kooper Gizowski in the second round (40th overall) of the 2020 WHL Bantam Draft. The Edmonton native recently reflected on his draft experience in an introductory Question & Answer interview:

Gizowski: I had talked to my agent, who had said they’d been talking to Spokane about me, but I didn’t realize they were up yet in the second round when my friend called me that had gotten picked in the first round (Chiefs first-round bantam selection Saige Weinstein) and said “I think this is your time to get picked by Spokane.” We were just watching it on our TV and saw my name pop up and then it was a big celebration. My family was jumping up and down and we were all really excited about it.

Q: Have you ever been to Spokane before?

Gizowski: I haven’t been down to Spokane but I’ve seen a lot of videos of the rink and have seen videos of Spokane. My grandparents have been down there and say it’s a really nice place.

Q: Is there anybody you feel closely captures the style of player you are?

Gizowski: I would say (Buffalo Sabres center) Jack Eichel because of his shot and his speed.

Gizowski: Probably my shot or my stick-handling. I feel like those are my two best assets.

Q: Who is somebody in the WHL you would most look forward to playing against?

Q: What can you tell us about NAX teammate and Chiefs first-round draft pick Saige Weinstein?

Gizowski: He and I have always been really close friends. We consider ourselves best friends and were planning on playing together for midget. When we saw both of us get drafted by Spokane it was really exciting. He’s a really good player. Fast, really good defensively, really good moving the puck up, just a really good all-around defenseman. Off the ice, he’s a really good person, too. He’s a fun guy to hang out with.

Gizowski: My dad played in the WHL and played some pro hockey, so he’s the one that got me into hockey. Ever since I was young, when he turned hockey on I always really liked the sport.

Gizowski: Sports-wise, I’d say golf or basketball. Those are two sports that I really enjoy playing and watching. Outside of sports, I enjoy cooking.

Q: Have you put any thought into what type of career you might want to pursue if you chose not to continue playing hockey?

Gizowski: I always wanted to be a police officer or maybe a firefighter.

Gizowski: I’m a fast, gritty player and I’m really physical and not scared to get in the gritty areas. I’m always fighting to help my teammates and fighting to get that puck and create offense.