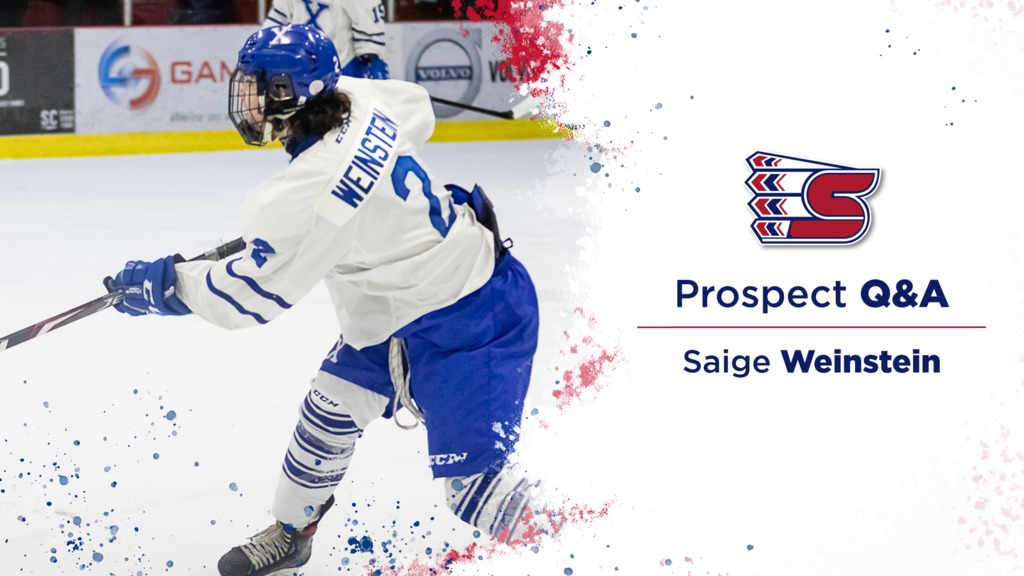 The Chiefs selected defenseman Saige Weinstein in the first round (18th overall) of the 2020 WHL Bantam Draft. The Edmonton native recently reflected on his draft experience in an introductory Question & Answer interview:

Q: What was your experience on bantam draft day?

Weinstein: It was a really exciting day. It was nerve-wracking. Seeing my name come up for Spokane was really exciting. It was great to get texts from Ty Smith and Adam Beckman, too. Getting picked was a huge honor and I’m ready to get going.

Q: Is there an NHL player, past or present, that you try to model your game after?

Q: Which player would you most look forward to playing against at the WHL level?

Weinstein: I’m looking forward to playing against (first overall bantam selection) Connor Bedard. He’s such a good player so it will be a good test.

Q: What’s one skill on the ice that you’d say you take the most pride in?

Weinstein: My skating. I am a good skater with a smooth stride and I’m hard to knock off the puck. I think that’s my biggest strength.

Q: What is an interest or hobby you have outside of hockey?

Weinstein: I like to play basketball. I’ll play soccer with my sisters, who both play at a high level. I also like to golf sometimes, though I’m not very good. I do CrossFit during the summers to get stronger.

Q: How did you get started in hockey?

Weinstein: I grew up watching my (older) brother play. He put on my first pair of skates. My whole family is pretty athletic.

Q: What can you tell us about your NAX teammate and Chiefs second-round draft pick Kooper Gizowski?

Weinstein: Kooper plays with a chip on his shoulder. He has a really good shot and is hard to play against.

Q: Is there anything you’d want Chiefs fans or hockey fans in general to know about you?

Weinstein: I’ll do whatever it takes to win. I know that Chiefs fans are some of the best fans in the league. I can’t wait get started.