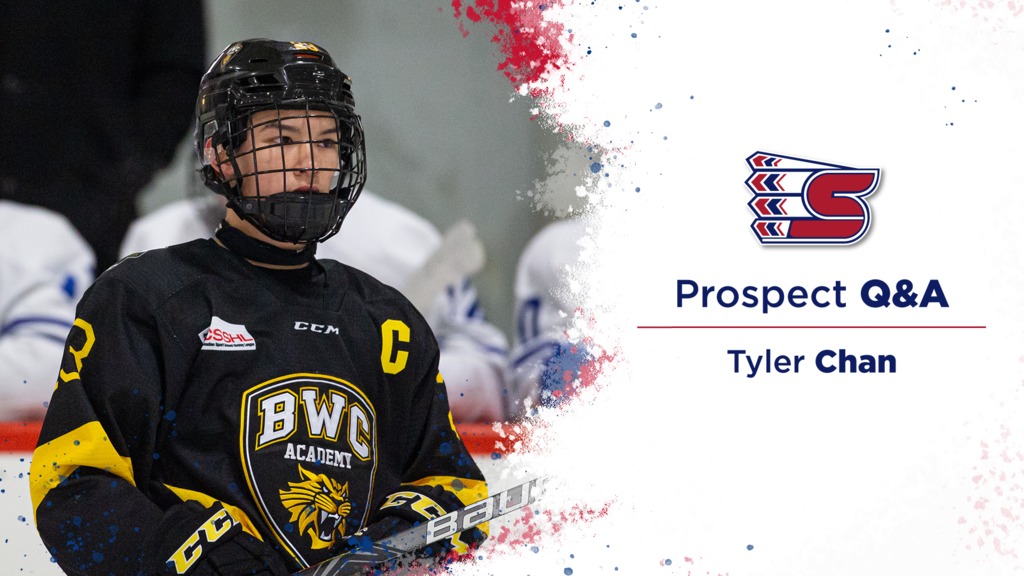 The Chiefs selected forward Tyler Chan in the fifth round (100th overall) of the 2020 WHL Bantam Draft. The Burnaby native recently reflected on his draft experience in an introductory Question & Answer interview:

Chan: I was with a few of my friends from my team on FaceTime and just saw my name pop up on the screen and it made me so happy.

Q: Is there anybody either at NHL level you feel closely captures the style of player you are?

Chan: I wouldn’t say this is a player I play exactly like, but someone I like to think I play similar to would be a guy like (Boston Bruins center) Patrice Bergeron, who has a really good 200-foot game. That’s someone I like to model my game after.

Chan: My skating. If anything, what’s going to be able to get me to the next level is my speed, quickness, and agility.

Q: Who is somebody in the WHL you would most look forward to playing with or against?

Chan: Playing in World Juniors would be surreal, but even in the future just playing at the WHL level against guys I’ve played with or again now would be super cool.

Chan: None of my family members ever really played or anything, but growing up as a Vancouver kid and watching the Canucks, my dad and I would always watch games. We registered for a winter club and at first I didn’t really like it, but then I just started falling in love with the game.

Chan: Nothing special–I’m obviously still a young kid–so just like, playing video games with my friends, hanging out with the boys. Sometimes fishing if I get that chance. Anything like that.

Chan: I’m not the biggest guy, but I don’t play like a small guy. I love to try and lay hits–it doesn’t always go my way. I may be small, but I try not to play small.