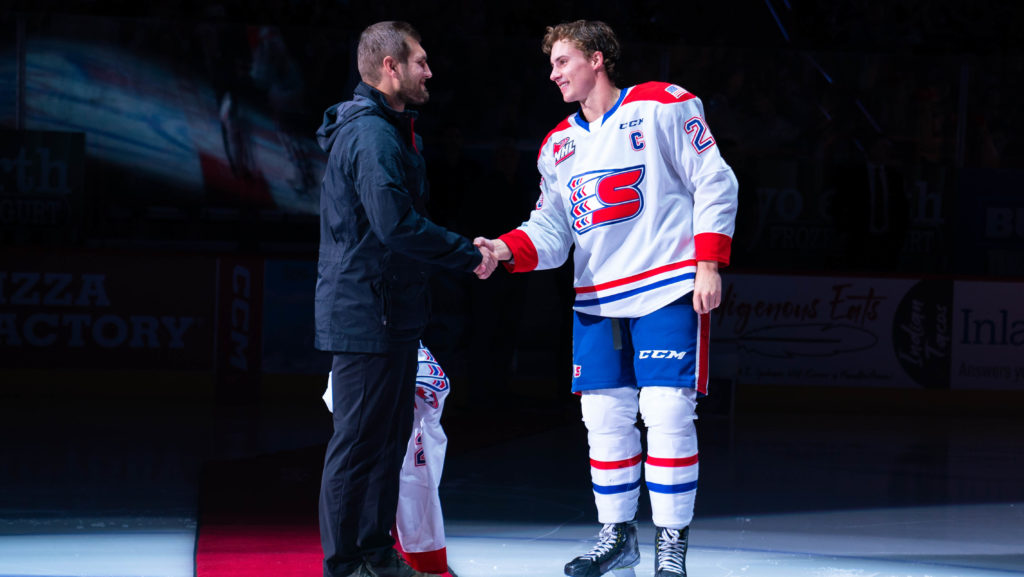 “Rae has been all in since day one — he is what the Spokane Chiefs are all about,” Head Coach Ryan Smith said. “He shows up every day and gives a 100 percent effort on and off the ice. He is respected in the dressing room and is the kind of leader that the others will follow. He doesn’t look for recognition, he is team-first and will do anything to achieve victories. The Spokane Chiefs are proud to have Raegan as our captain for the 2022-23 season.”

“I’m incredibly honored to be named captain of the Chiefs this season,” Wiles said. During my time in Spokane, there’s been many great leaders and I’m flattered to be considered alongside those players. We have a great group this year with many leaders that will push the team to a successful season.”

Wiles was listed by the Chiefs in 2018 after going undrafted in the WHL draft and signed with the team ahead of the 2019-20 season.

The Calgary, Alberta native debuted for Spokane on September 20, 2019 against the Kamloops Blazers and now has 126 WHL games under his belt.

The 5-foot-11 blueliner has accumulated 39 points (12G-28A) and posted career-highs across the board in the 2021-22 season (9G-18A) after playing in all but four games. He had a career night on January 29 against the Tri-City Americans when he registered a pair of goals and an assist en route to his first three-point performance.

Wiles was the second-highest scoring defenseman last season behind Sward.

Wiles earned the Chiefs’ 2020-21 John “Hitman” Hern Defenseman of the Year award after recording 10 points on a goal and nine assists in 21 games during the shortened season (COVID-19).

Lane, Sward and Swetlikoff were all originally drafted by the Chiefs in the 2018 WHL draft, with Sward being selected in the first round (17th overall), Swetlikoff in the third round (61st overall) and Lane in the eighth round (156th overall).

Lane also made his WHL debut on September 20, 2019 against the Kamloops Blazers and is in his third full season in Spokane after playing in 42 games last year (2G-7A).

Sward scored a goal in his very first game as a Chief on January 5, 2019 against the Kootenai ICE. Since then, he’s appeared in 123 games and piled up 62 points on 14 goals and 48 assists. The Abbotsford native earned the Chiefs’ 2021-22 John “Hitman” Hern Defenseman of the Year award after posting career-highs in all categories last season (10G-33A-43TP). Sward was selected by the Nashville Predators in the fifth round (146th overall) of the 2022 NHL Draft in July.

Swetlikoff is in his third full season and is just four games away from 100 as a Chief. After missing only six games last year, the 6-foot center also posted career-highs with 11 goals and 18 assists for 29 total points. Swetlikoff earned the Chiefs’ 2020-21 Scholastic Player of the Year award. He completed his graduation requirements by the end of the fall semester, after which he enrolled in and completed a university class.