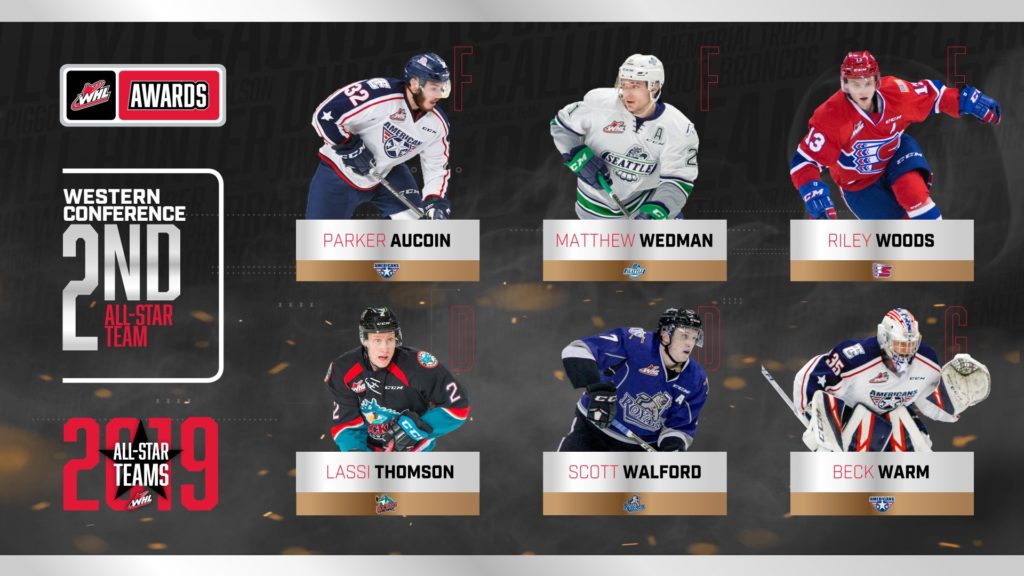 The Regina, Saskatchewan native was acquired from his hometown Pats during the 2016-17 season and appeared in 171 regular season and seven playoff games with the Chiefs. Donning an “A” this season, he was a steady contributor to Spokane’s offense as he posted 24 multi-point games, including a career high five point night (1 goal, 4 assists) on January 30th versus Portland.  He also recorded his first career hat trick on November 18th against Everett.

Woods joins Ty Smith as a Western Conference All-Star as the 18-year-old defenseman was named to the first team.

The Chiefs’ 2019 WHL Playoffs schedule begins with Games 1 & 2 versus Portland at Spokane Arena on Friday, March 22 and Saturday, March 23. Saturday night’s game will also be a Buck Night, with $1 hot dogs and Coca-Cola products at select concession stands all game long.

Tickets for the playoffs are available online, over the phone at 509-535-PUCK and in-person at the Spokane Chiefs’ Ticket Office at Spokane Arena.