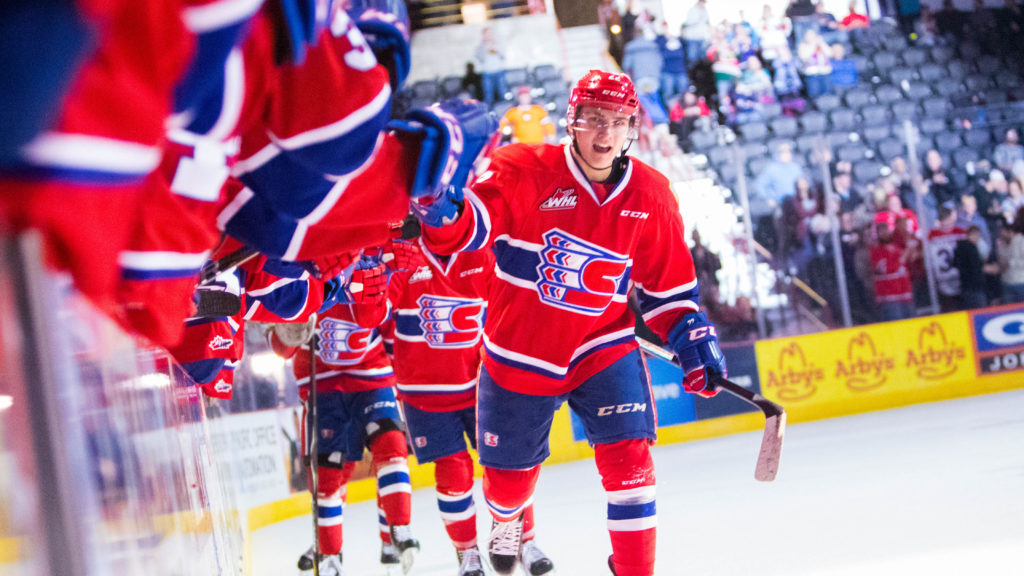 The Spokane Chiefs’ initial 2019 preseason roster has been set, including 17 forwards, 10 defensemen and three goaltenders. The Chiefs will take on the Portland Winterhawks at 3 p.m. on Friday in Everett, Wash. to kick off their exhibition slate.

Second-leading scorer and CHL Defenseman of the Year Ty Smith (7G-62A in 2018-19) remains on the roster but is expected to at least begin the new campaign with the NHL’s New Jersey Devils. As a 2000-born player, Smith must play this season with the Devils or be reassigned to Spokane.

Eight players are in line to play their first competitive game as a Spokane Chief, including five forwards in Grady Lane, Blake Swetlikoff, Brandon Reller, Reed Jacobson and 2019 first-round bantam pick Ben Thornton. Thornton remains with the club but is not eligible to stick as a full-time player this season. European imports Matvei Startsev (defenseman; Russia) and Lukas Parik (goalie; Czech Republic) are also in line to make their WHL debuts this fall. The Chiefs will need to get under the league-mandated limit of two import players by early October.