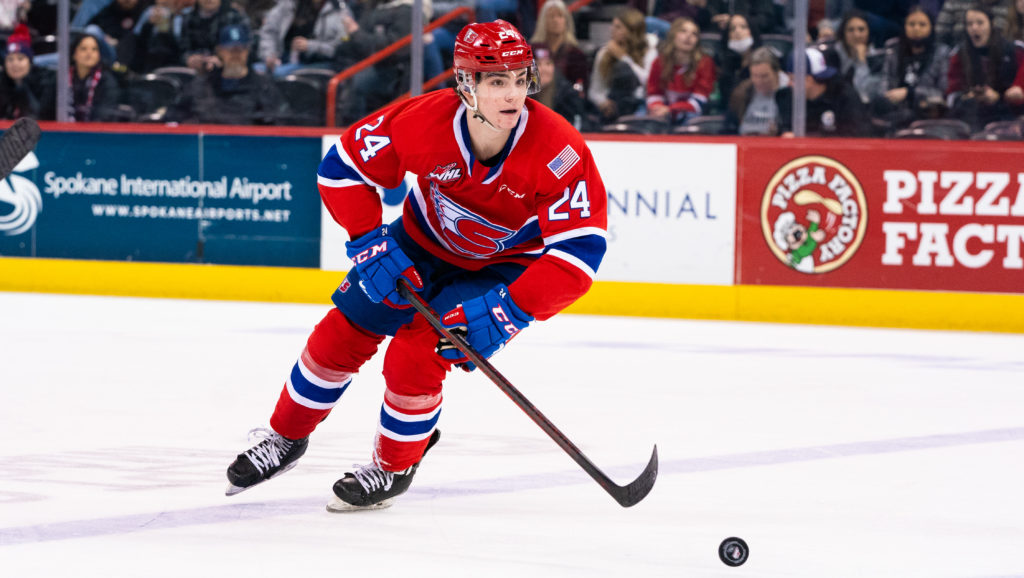 Calgary, Alta. — Spokane Chiefs defenseman Saige Weinstein is one of 88 players invited by Hockey Canada to participate in Canada’s National Men’s Summer Under-18 Team selection camp from July 23-27 in Calgary.

The six-foot blueliner is among 17 WHL players that will take part in the camp, which will determine player selection for Canada’s National Men’s U18 Team ahead of the 2022 Hlinka Gretzky Cup, set to run from July 31 through August 6 at the Peavey Mart Centrium in Red Deer, Alberta.

Weinstein was named the Chiefs Rookie of the Year this past season. He made his Western Hockey League debut on April 14, 2021 against the Portland Winterhawks before playing 59 games in his first full season with the Chiefs in the 2021-22 season. Of the 10 first-year skaters on the roster, the Edmonton native finished third in scoring with 14 points, including 13 assists.

Weinstein helped Candada Black win a gold medal at the 2021 Capital City Challenge this past December.