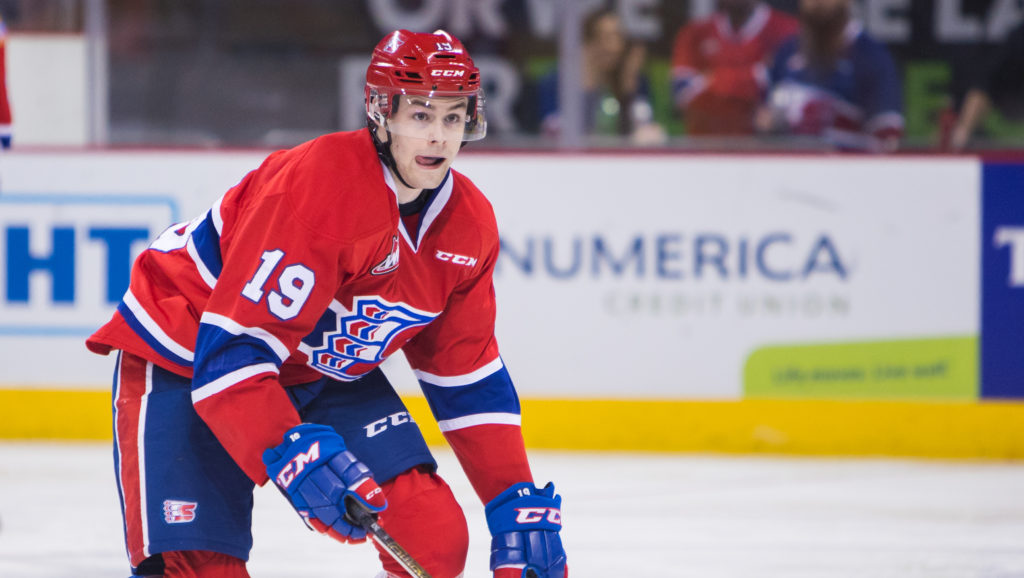 Kennewick, Wash. — The Spokane Chiefs fell to the Portland Winterhawks in preseason play in Kennewick, Wash. on Friday afternoon, 4-3. Michael King scored twice for Spokane, who were short two skaters with eight rostered players off at NHL camps and rookie tournaments.

Portland got on the scoreboard first as Cross Hanas put one past goaltender Campbell Arnold to make it 1-0 after the first period. Portland outshot the Chiefs 17-6 in the opening 20 minutes.

Spokane responded in the second period with two goals from veteran Michael King. The Winnipeg native snapped one glove side to tie it up at 3:35 before cleaning up a rebound at 8:57. Rookie forward Blake Swetlikoff picked up assists on both plays for his first two points as a Spokane Chief.

The Winterhawks bounced back late in the middle frame as Jaydon Dureau found some space down the right wing to make it 2-2 headed into the second intermission.

Portland built momentum early in the third as first-year forward Gabe Klassen sniped one under the crossbar to make it 3-2 for the Winterhawks at 3:40. They added another with a deflection goal by Tyson Kozak at 18:38.

Cordel Larson kept the Chiefs alive with 1:01 left in regulation, tucking the puck just past the goal line with the extra attacker, but it wasn’t enough as the Winterhawks were able to hang on for the win.

Arnold was strong in net for the Chiefs, turning aside 40 of 44 shots faced. Lochlan Gordon started for the Winterhawks and made 16 saves. Spokane finished 0-for-4 on the power play and 6-for-7 on the penalty kill while being outshot 19-44.

The loss pushed Spokane to 0-3-1 during the preseason. They remain in Kennewick on Saturday night to face the hosting Americans at 7:05 p.m.