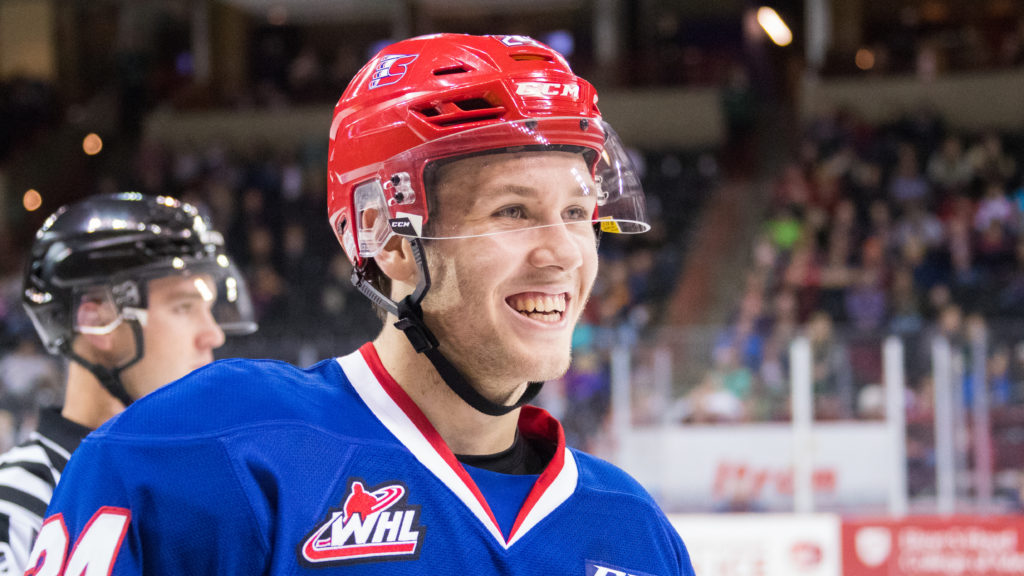 Calgary, Alta. – The Western Hockey League, in collaboration with the Canadian Hockey League and Hockey Canada, announced on Oct.17 the roster for Team WHL, which will compete against Team Russia at the 2018 CIBC Canada Russia Series in Kamloops and Vancouver. Spokane Chiefs defenseman Ty Smith was selected.

Team WHL will face Team Russia in Game 1 of the 2018 CIBC Canada Russia Series in Kamloops, B.C., on Monday, November 5, before continuing on to Vancouver, B.C. for Game 2 on Tuesday, November 6. The Ontario Hockey League will host Games 3 and 4, while the Quebec Major Junior Hockey League will welcome the festivities for Games 5 and 6.

A pair of Vancouver Giants will have the opportunity to suit up for Team WHL in front of a hometown crowd when the series shifts to Vancouver for Game 2 on November 6. Sophomore defenceman Bowen Byram, projected to be selected in the first round of the 2019 NHL Draft, as well as Arizona Coyotes prospect David Tendeck, a product of North Vancouver, will both be in the lineup for Team WHL.

Since the event first began in 2003, CHL teams have played to an overall record of 61-22-1-6. The competitiveness of the rivalry has grown in recent years, with the 2017 event requiring a shootout to break a series tie in Game 6. The first ever shootout finale in event history was won by Team QMJHL, giving the CHL its third consecutive series victory. Team CHL has won 12 times in event history, with Russia emerging victorious on three occasions.

The 2018 CIBC Canada Russia Series is supported by title sponsor CIBC, the Official Bank of the CHL, along with associate sponsors Kia Canada, Sherwin-Williams, Cooper Tires, and Kubota Canada.  All games will be broadcast nationally on Sportsnet and TVA Sports.