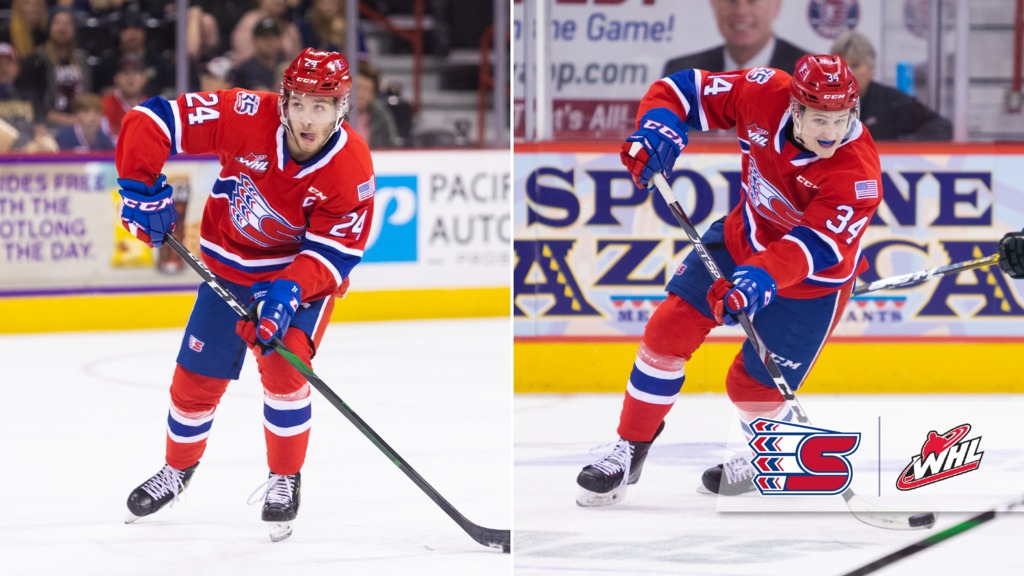 Spokane Chiefs captain Ty Smith and forward Adam Beckman have each been named to Team WHL’s roster for the upcoming 2019 CIBC Canada Russia Series, to be played in Saskatoon and Prince Albert, Sask. on Nov. 13 and 14.

Smith, a first-round pick of the New Jersey Devils in the 2018 NHL draft, returns for a second year to the event after being selected last year. The second-year captain has played 199 WHL regular season games — t-66th in franchise history — while piling up 29 goals and 153 assists (14th) for 182 points. He was the 2019 WHL and CHL Defenseman of the Year. In five games so far during the 2019-20 season, Smith has three goals and three assists, earning WHL Player of the Week honors in his first opportunity since being reassigned by the Devils.

Beckman, a third-round pick of the Minnesota Wild in the 2019 draft, makes his first appearance in the Canada Russia Series after a stellar draft year during which he led the Chiefs in goals scored with 32. His prolific season on the scoresheet marked the most points by a Chiefs rookie since Roman Tvrdon (70; 1999-00) and most goals since Jason Podollan (36; 1992-93). Beckman recorded 13 multi-point games. Through eight games, he leads the Chiefs in points (13) and assists (10; t-2nd WHL).

It will be a homecoming of sorts for both players as the event returns to Saskatoon and Prince Albert. In 2005 and 2014, the series made an appearance in Saskatoon, while Prince Albert played host in 2008. Beckman calls Saskatoon home while Smith is originally from nearby Lloydminster, Alta.

The 2019 CIBC Canada Russia Series is supported by title sponsor CIBC, the Official Bank of the CHL, along with associate sponsors Kia Canada, Cooper Tires, and Kubota Canada.

Tickets for Games 5 and 6 of the 2019 CIBC Canada Russia Series are available now. Complete ticketing options available at the links below.

Promotions
Chiefs to Bag Groceries for Second Harvest at Fred Meyer on Tuesday, February 25
6 days ago