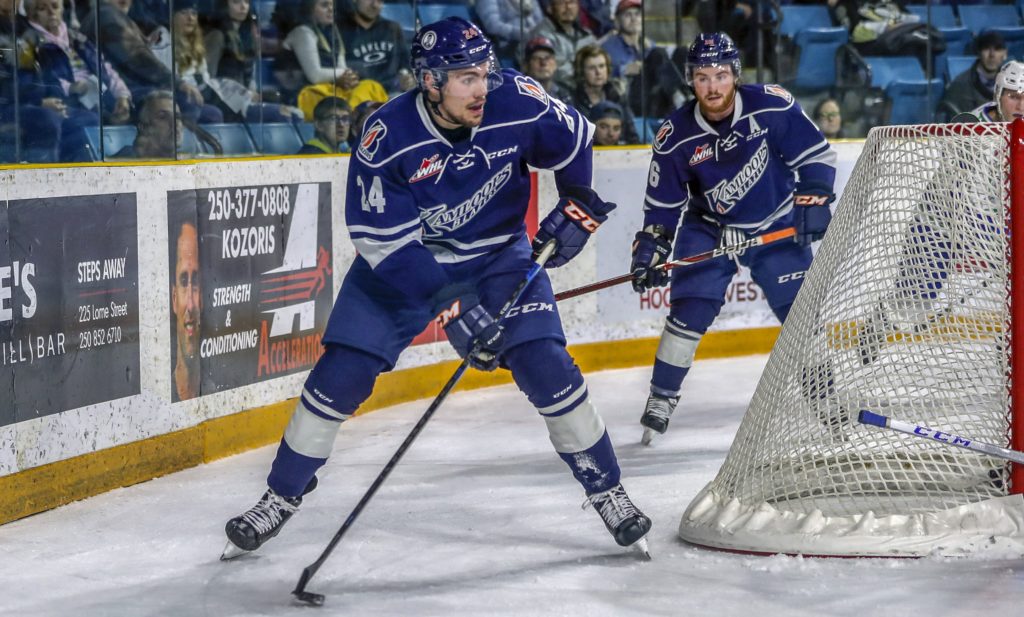 Spokane, Wash. — The Spokane Chiefs announced on Monday that they have acquired forward Luc Smith from the Kamloops Blazers in exchange for forward Jeff Faith and two picks in the 2020 WHL Bantam Draft.

“We are very excited to add Luc to our roster,” said Chiefs’ general manager Scott Carter. “He has a unique combination of size, scoring ability and toughness that will help us win games.”

Smith had a breakout year last season with Kamloops, posting 21 goals and 44 points along with 96 PIM. Originally a third-round pick of the Regina Pats in the 2013 WHL Bantam Draft, he has played in 270 career games, scoring 47 goals and 100 points between the Pats and Blazers. He also boasts 19 games of playoff experience (1G-2A).

Headed to Kamloops are the Chiefs’ third-round and sixth-round picks in the 2020 bantam draft as well as veteran winger Jeff Faith.

“Losing a player like Jeff is never easy,” Carter added. “With league rules allowing us only three overage players, he had to be included to make the trade work. Jeff has been an exemplary leader and role model in our dressing room. We are greatly appreciative of his contributions to the Chiefs organization and wish him continued success in Kamloops.”

Smith is expected to join the Chiefs on Tuesday. He will wear jersey number 20.

The Chiefs are back in action Wednesday, November 28 when they take on the Prince George Cougars. It will be the second TicketsWest Player Magnet Giveaway Night of the season with the first 1,000 fans in attendance receiving a player magnet featuring a Spokane Chiefs player, courtesy of TicketsWest. There will also be U.S. Marine Corps on hand to accept new, unwrapped toy donations for the Toys for Tots program.

Tickets for Wednesday and all Chiefs home games are available online here, over the phone at 509-535-PUCK and in-person at the Chiefs’ Ticket Office at Spokane Arena.