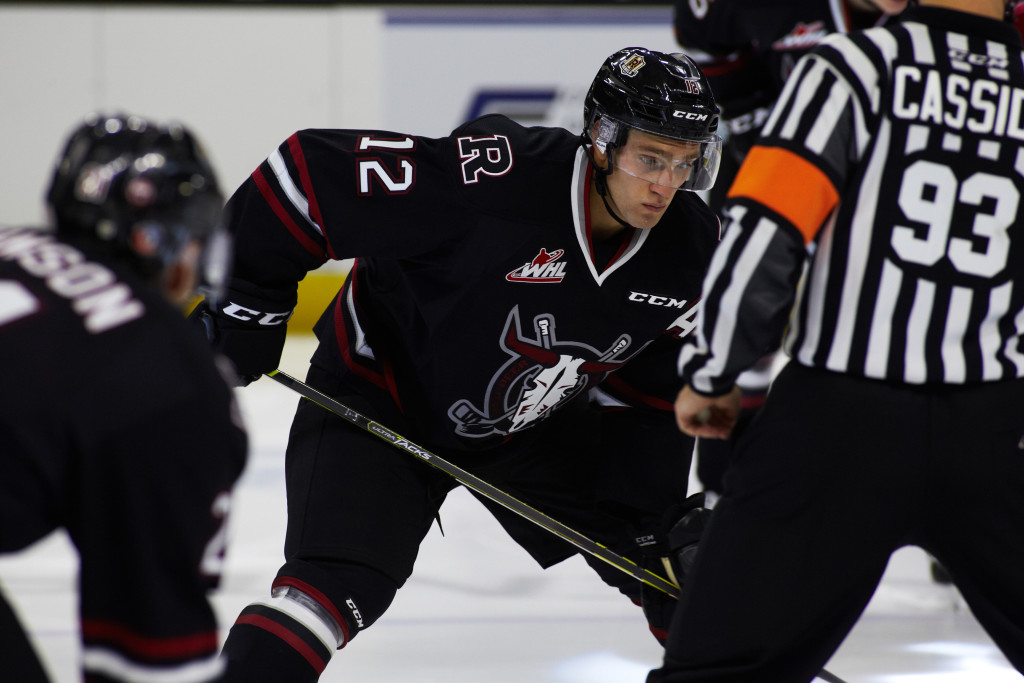 “We feel this trade will help our depth with our forwards as Presten Kopeck can play all three positions,” Chiefs General Manager Tim Speltz said. “We will use (Kopeck) to kill penalties and he will also contribute offensively. He is a leader and a competitor.”

Kopeck, a 6-foot-0, 174-pound center out of Medicine Hat, Alta., has played 224 career WHL games between the Portland Winterhawks and Red Deer Rebels. He was traded from the Rebels to Kootenay on January 3 and had not yet suited up for the Ice.

Originally a third round pick in the 2010 WHL Bantam Draft by Portland, he scored 14 goals and 15 assists in 88 games with the Winterhawks before being traded to Red Deer in December 2013. He scored 21 goals and 27 assists in his first full season with the Rebels last season before racking up 5 goals and 13 assists in 37 games this season. Kopeck has 23 games of WHL Playoffs experience, recording 7 assists.

Whittingham, from Calgary, Alta., was originally a third round pick by Spokane in the 2010 WHL Bantam Draft. He played 228 games over four seasons with the Chiefs – 42nd in franchise history – and scored 46 goals and 49 assists while piling up 295 penalty minutes. He added 19 games of playoff experience, scoring twice and adding two assists.

“The Chiefs would like to thank Riley for his time and commitment with our organization,” Speltz continued. “We wish him the best moving forward.”

Kopeck is expected to be available for Spokane’s next game on January 9 versus the Regina Pats at Spokane Arena.

The Chiefs return home for back-to-back games this weekend. Saturday versus the Pats is Viva Las Vegas Trip Giveaway Night presented by Miller Lite while Sunday versus Everett is Special Olympics Night.

Tickets for this weekend and all Chiefs home games are available via TicketsWest online at www.ticketswest.com or via the Chiefs’ Ticket Office over the phone at 509-535-PUCK.