Spokane Falls in OT to Vancouver 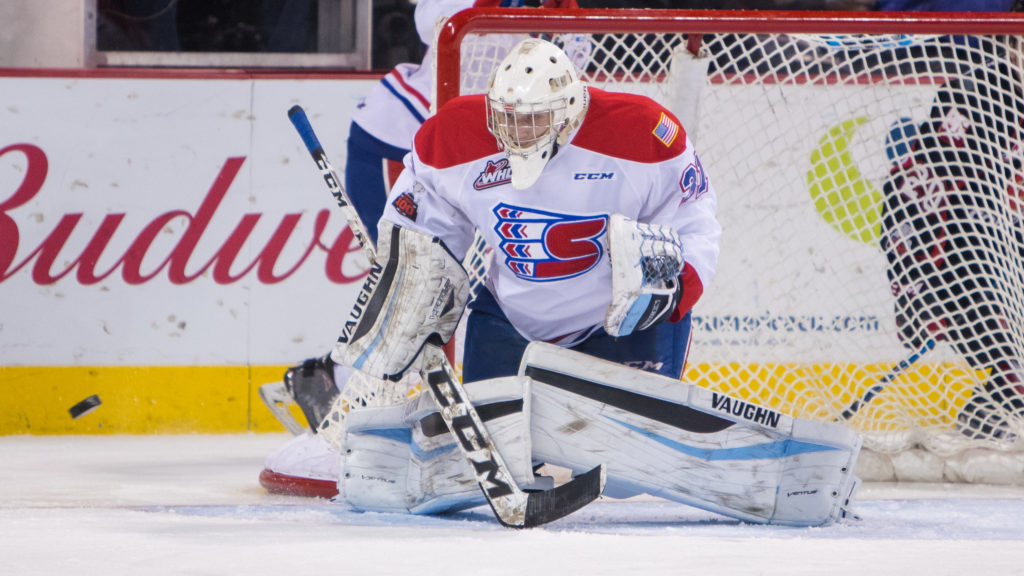 Vancouver’s Brayden Watts scored  his second goal of the game 1:42 into overtime to lead the Vancouver Giants to a 3-2 win over the Spokane Chiefs in a Saturday afternoon WHL pre-season game in Everett, WA.  Spokane won Friday’s pre-season opener 7-1 over Portland and will play their third game in as many days on Sunday when they take on the Seattle Thunderbirds.

The Chiefs Carter Chorney scored his third goal in two pre-season games when he finished a rebound of a Luke Gallagher to give Spokane a 1-0 lead 5:09 into the second.  Ty Smith had the second assist.

The Giant’s Lukas Svejkovsky scored a power play goal 16:05 into the period for a 1-1 game.  50-seconds later, Spokane’s Jeff Faith sent a pass to the Vancouver blue line breaking out Jaret Anderson-Dolan who used his backhand to score his first of the pre-season. and giving the Chiefs a 2-1 lead, which would last until the mid-way part of the third.

Watts would score the last two goals of the game, his first at 10:23 to even the game, and the overtime winner.

19-year-old Bailey Brkin stopped 34 shots for the Chiefs, including 17 in the second period.  Spokane finished the game with 24 shots and 4-5 on the penalty kill.  The Chiefs were 0-4 with the man-advantage.

The Chiefs will take on the Thunderbirds at 3:00 on Sunday afternoon in their third of six WHL pre-season games.