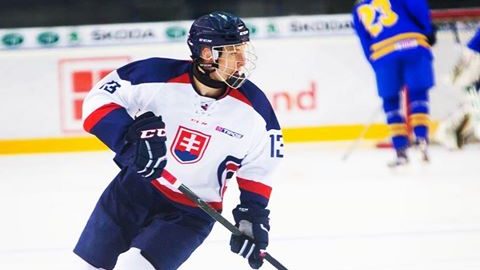 “Fafrak is a skilled forward who gives us not only offensive ability but size up front with our forward group,” said Chiefs’ Assistant General Manager Chris Moulton. “Kral is a defenseman who can move the puck up the ice and create offense through transition.”

“Both have international tournament experience and represent some of the best players in their country. We are very excited to select them.”

“Has a tall, lean frame. Aggressive on pucks and sees the ice well. Shows a good work ethic and plays in all three zones. Plays on both the power play and penalty kill. Has the ability to score and is not afraid to shoot. He likes to control the puck and puck possession.”

Kral is a 17-year-old, 1999-born defenseman from Brno, Czech Republic who stands 6-foot, 170 pounds. He played 13 games with HC Kometa Brno in the Czech U20 league last season, scoring four goals and six assists, before moving up to the Kometa Brno men’s team in the professional Czech Extraliga and picking up two assists in 23 games. As a 16-year-old with the Kometa Brno U18 team during the 2015-16 season, Kral recorded 40 points (11G, 29A) in 40 games.

With an October 20 birthday, he will first become eligible for the NHL Entry Draft in 2018.

“Kral could be a high-end 2018 NHL draft pick.  He’s an intelligent, puck-moving defenseman. He reads the play well and has a good stick defensively. Not afraid to join the rush and competes.”

The two-round CHL Import Draft draft takes place after the NHL Entry Draft each year with the order of selection rotating through each of the CHL’s three leagues using an inverse order of final regular season standings within each league from the 2016-17 season. Each team in the CHL is permitted to dress and play a maximum of two import players each season who are selected annually through the CHL Import Draft.

Ticket packages for the Spokane Chiefs’ 2017-18 season are on sale now with cost-saving options as low as $70! For more information or to purchase, visit the Chiefs’ Ticket Office at Spokane Arena, call 509-535-PUCK or click here.