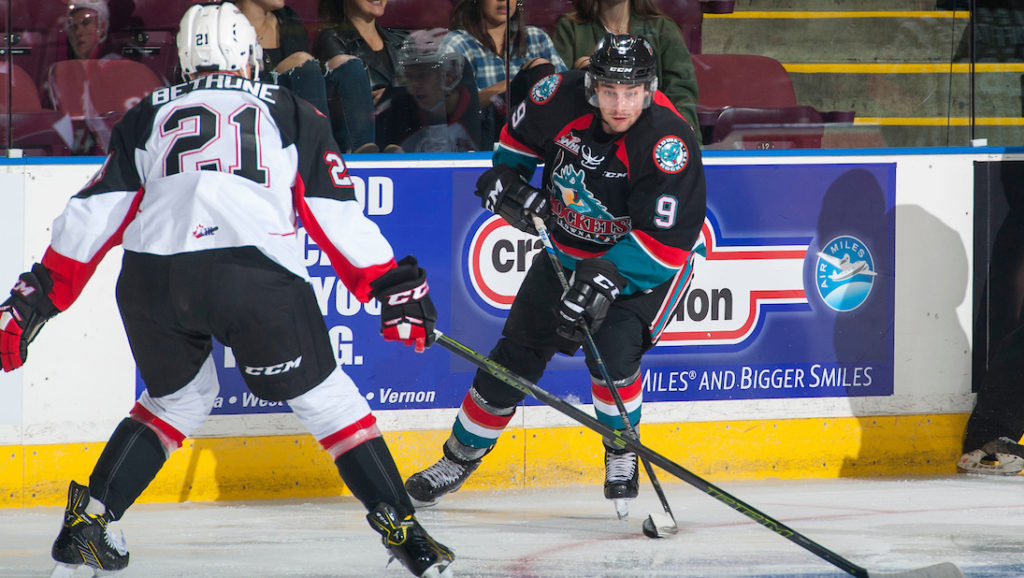 SPOKANE, Wash. – The Spokane Chiefs announced today that they have acquired 19-year-old forward Tanner Wishnowski from the Kelowna Rockets in exchange for the rights to 16-year-old forward Colum McGauley.

“We are looking forward to bringing an experienced player like Tanner into our forward group,” said Chiefs’ General Manager Scott Carter. “He comes from a good program and plays the way we like to play.”

Wishnowski, a 6-foot, 186-pound winger from Oakbank, Manitoba, scored seven goals and added six assists in 54 games during his rookie WHL season last year. He suited up in 18 playoff games for the Rockets, recording three assists and 11 penalty minutes. Wishnowski has a goal and an assist in 10 games to begin the 2016-17 campaign. He was listed by the Rockets in 2013.

McGauley was the Chiefs’ fourth round (75th overall) pick in the 2015 WHL Bantam Draft out of Nelson, B.C. Last season, he scored three goals and 15 assists with the Notre Dame Hounds Midget AAA team of the Saskatchewan Midget Hockey League. He is currently playing with the Nelson Leafs of the Kootenay International Junior Hockey League (Junior B).

Wishnowski will wear number 19 for the Chiefs.

The Chiefs remain at home for one more game before their six-game road trip through the East Division, facing the Everett Silvertips at Spokane Arena on Tuesday, October 18. It will be a
TicketsWest Player Magnet Giveaway Night as the first 1,000 fans through the gates will receive a refrigerator magnet featuring a Chiefs player.

Tickets for Tuesday night and all Spokane Chiefs home games are available in-person at the Chiefs’ Ticket Office at Spokane Arena, over the phone at 509-535-PUCK and online here or ticketswest.com.