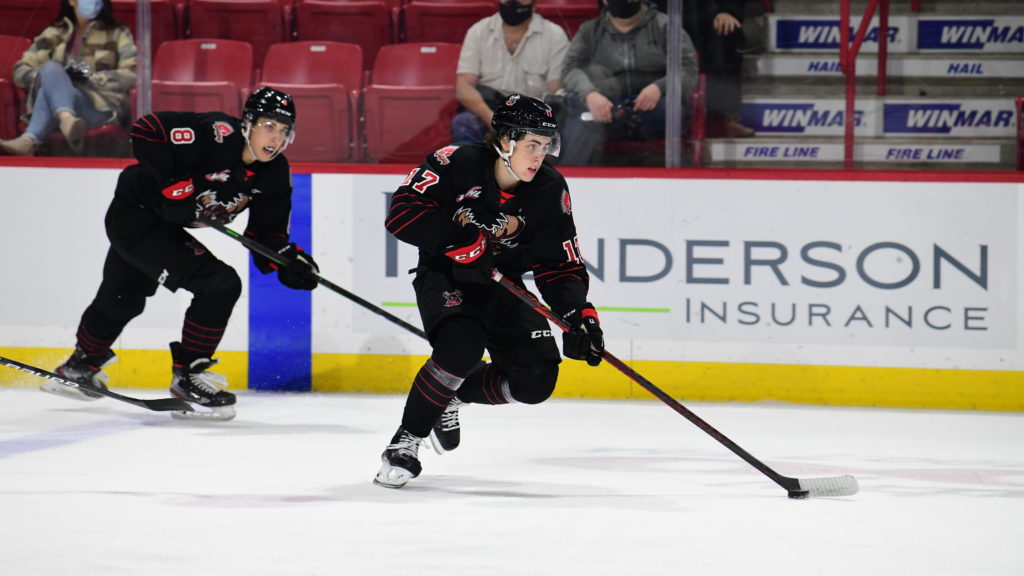 Spokane, Wash. — The Spokane Chiefs announced on Monday that they have acquired forward Cade Hayes (2002) and a third-round pick in the 2022 WHL Prospects Draft in exchange for forward Cordel Larson (2001).

“Cade is an experienced two-way forward who will slot into our lineup nicely and replace Cordel’s ice time,” said Chiefs General Manager Scott Carter. “The third-round pick helps us load up for this May’s prospect draft, where we now hold 10 picks in the first six rounds.”

Hayes, a 5-foot-10 center from Eatonia, Sask., has played 101 career WHL games, all with Moose Jaw, scoring 16 goals and 28 assists for 44 points. He has already set career highs in points (19) and assists (14) through just 35 games this season, including points in five of his last eight games (1G-5A). He was originally an eighth-round pick by the Warriors in the 2017 WHL Prospects Draft.

TRADE 🔀 | We have acquired F Cade Hayes & a 3rd-round pick from the @MJWARRIORS in exchange for F Cordel Larson.

Larson is a veteran overage forward from Weyburn, Sask. who has appeared in 172 regular season games with the Chiefs after being selected in the ninth round of the 2016 WHL draft. The 5-foot-9 winger boasts 30 career goals and 85 points, tallying a career-high 43 points (15G-28A) during the 2019-20 season. Through 30 games this season, he has five goals and 12 assists for 17 points.

“Cordel is a great young man who has been a great teammate as a Chief,” Carter added. “As an overage player, he will have a chance to play closer to home to close out his junior career.”