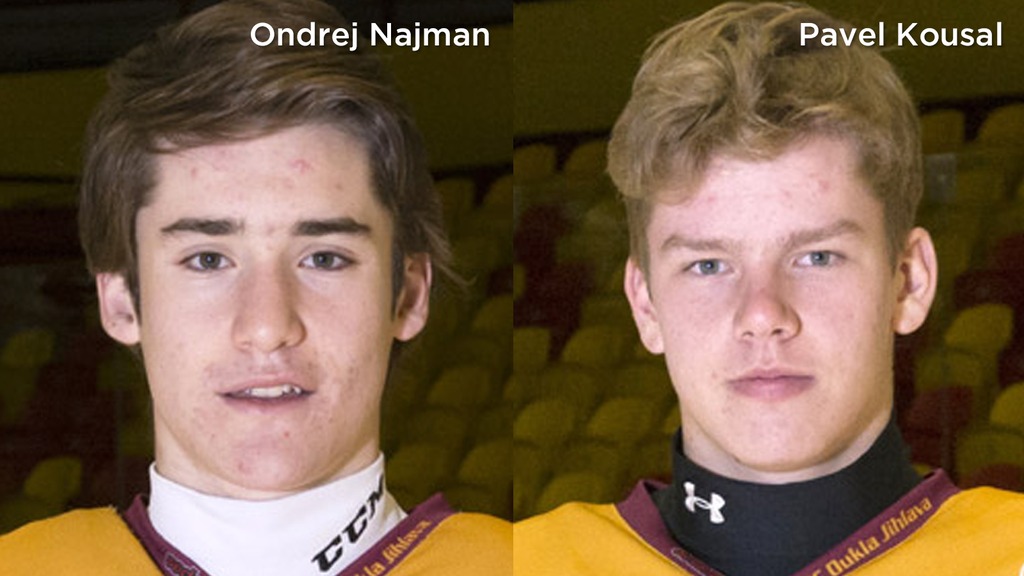 Najman (“NY-man”), a 1998-born forward, stands at 6-foot-1 and 187 pounds. He was the leading scorer for HC Dukla Jihlava of the Czech U20 Extraliga, scoring 18 goals and 26 assists for 44 points in 38 games, including four multi-goal performances. Najman competed for the Czechs at the 2016 IIHF U18 World Championship in Grand Forks, N.D., scoring three goals and three assists in five games.

“Najman is a skilled player with a heavy shot and good instincts,” said Chiefs General Manager Tim Speltz. “He plays with his head up and sees the ice well, creating plays for his teammates. He also has the size and strength to compete physically in our league and play a complete 200-foot game.”

“Kousal is a quick, tenacious forward with a lot of upside. He produced at a high level offensively last season and works hard for the puck.”

Forward Dominic Zwerger, who will be 20 years old on July 16, will also be in the mix for the Chiefs. The three-year WHL veteran led the team with 27 goals scored last season. Spokane will have until a date TBD to get under the CHL-mandated limit of two import players.

NOTES: Najman and Kousal were two of 12 Czech players selected in the 2016 CHL Import Draft. Only Russia (24) and Finland (13) had more players taken. The Chiefs were one of seven WHL teams to make two selections in the draft. Five teams did not pick.