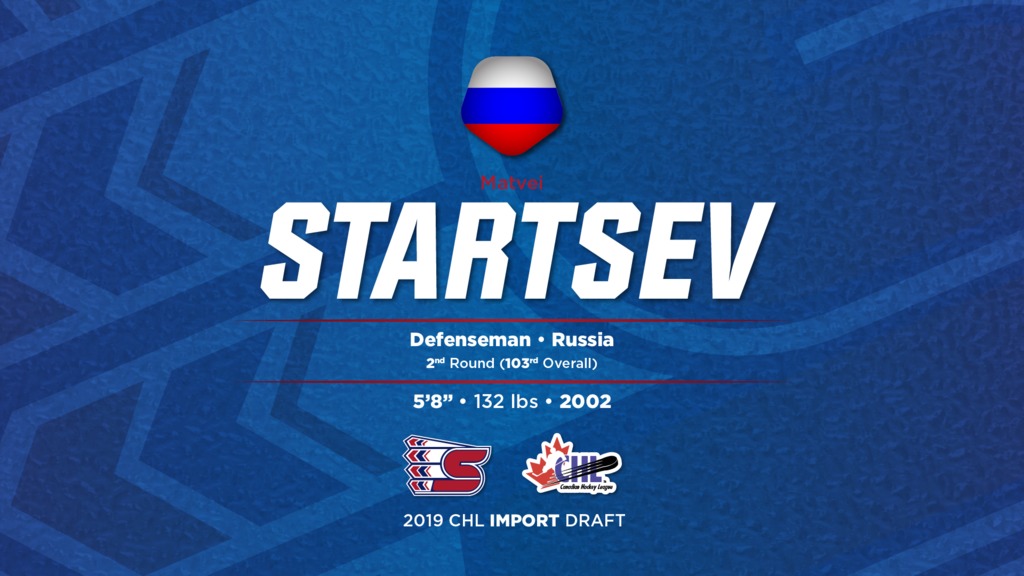 Startsev, a 2002-born rearguard from Russia, posted nine points (3G-6A) in 13 games while wearing an “A” as an alternate captain with Mosvka Russia of the Russian U18 league. He competed in nine playoff games, recording eight penalty minutes.

He also played 25 games with the same club’s U17 team, tacking on four goals and eight assists.

The pick marks the second-straight year the Chiefs have chosen a player from Russia; they took defenseman Egor Arbuzov last season. Prior to last year’s draft, the Chiefs hadn’t picked a Russian since 2001.

Scouting reports indicate that Startsev has grown significantly above his listed height and weight over the past year.