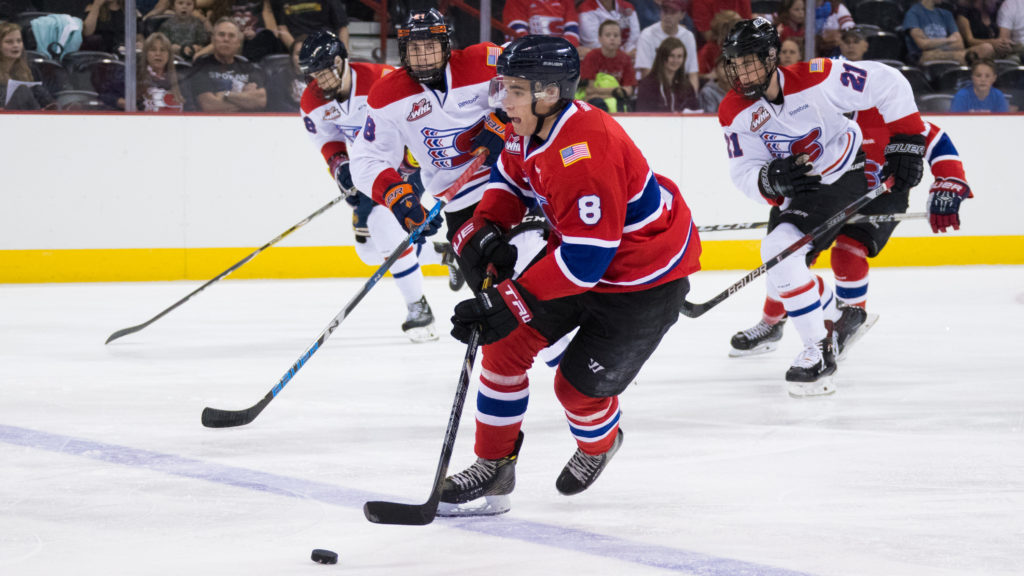 SPOKANE, Wash. – The Spokane Chiefs announced on September 19 that forward Brock Sottile has been traded to the Prince Albert Raiders for a conditional pick in the 2018 WHL Bantam Draft.

“With the regular season approaching, we had to make some tough decisions to get our forward group down to an appropriate number,” said Chiefs’ General Manager Scott Carter. “We’d like to thank Brock for his time in Spokane and wish him the best in Prince Albert.”

Sottile, 18, appeared in five games for the Chiefs during the 2017 WHL Pre-Season, recording 17 penalty minutes. He played 34 games with the Calgary Mustangs of the AJHL last season, scoring four goals and adding five assists. The 5-foot-11, 180-pound winger was originally listed by Spokane in May of 2017.