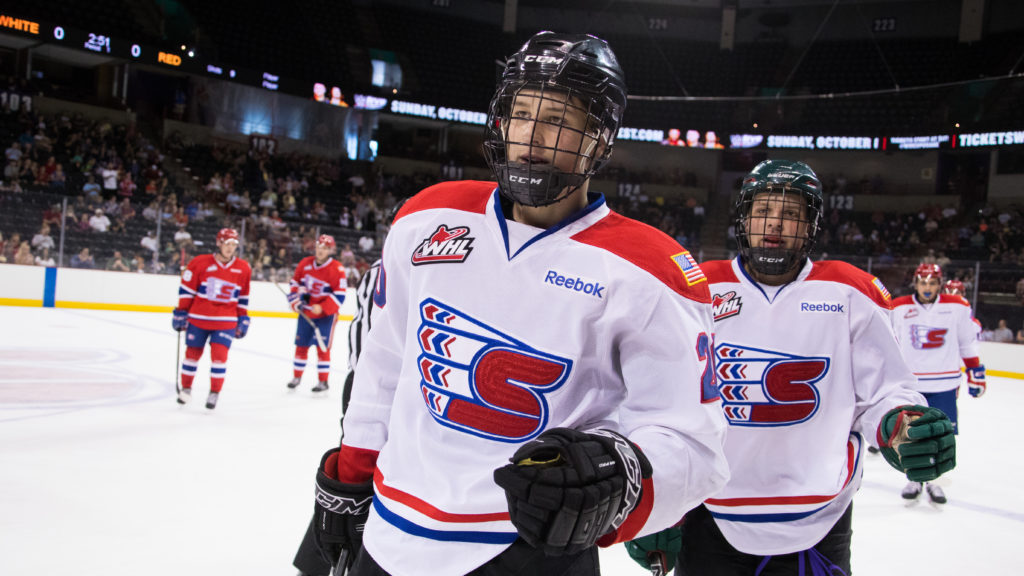 SPOKANE, Wash. – The Spokane Chiefs announced on Friday that forward Adam Beckman and goaltender Declan Hobbs have been released from the team’s active roster. Both will remain on Spokane’s 50-player protected list.

“We had to make some moves to get our roster to a more manageable number as we approach the league’s roster cut down deadline,” said Chiefs’ General Manager Scott Carter. “Both Adam and Declan have done everything we’ve asked and we will keep them on our list. This move will allow them to play more minutes in a more significant role.”

Beckman, 16, was the Chiefs’ fifth round (96th overall) pick in the 2016 WHL Bantam Draft and signed his Standard Player Agreement on August 28. He appeared in one game with the Chiefs this season. He is expected to return to the Battleford Stars of the Saskatchewan Midget AAA League. Last year with the Stars, he posted 15 goals and 26 assists in 44 games.

Hobbs, 19, was acquired by the Chiefs from the Kootenay ICE in a July trade. The Saskatoon, Sask. native was originally a third-round pick by Kootenay in the 2013 bantam draft and has appeared in 29 WHL games. He is expected to return to the Nipawin Hawks of the SJHL. He appeared in 13 games with the Hawks last season, posting a 1.94 GAA and .929 SV%.