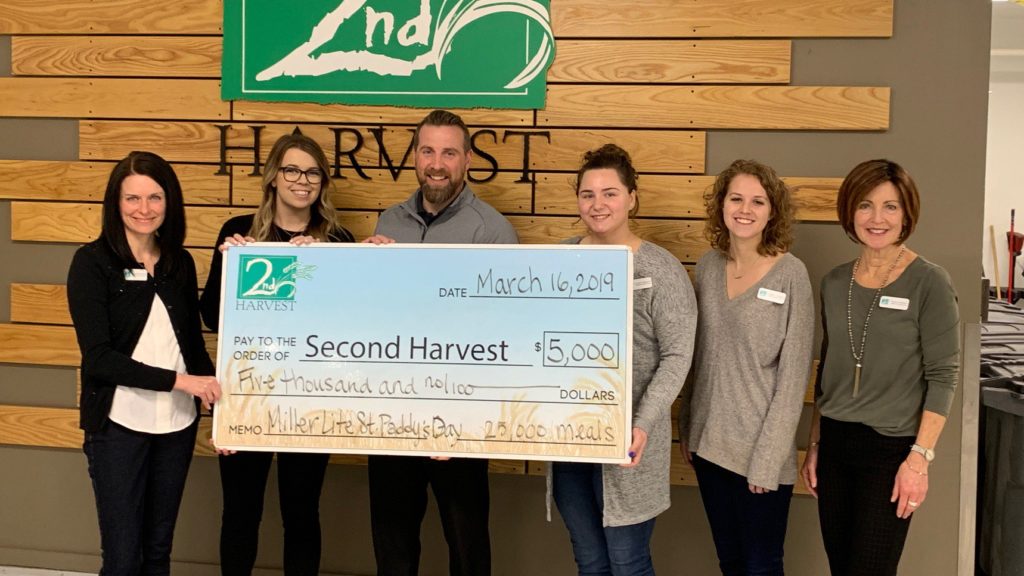 Funds were raised during the Chiefs’ game on March 16 as part of Miller Lite St. Paddy’s Day Jersey Night & Regular Season Finale at Spokane Arena. Fans bid on game-worn St. Patrick’s Day themed jerseys which the team wore on the ice during a 10-1 win over the visiting Tri-City Americans.

The jersey auction proceeds, along with donations contributed following the annual Fred Meyer Shop with the Chiefs Night promotion and food drive earlier during the 2018-19 season, equate to more than 30,000 meals provided to families in the Spokane area.

Second Harvest’s mission is focused on organizing the community to be part of the solution to hunger and we work hard to be good stewards of your donations. A broad base of support from a wide range of partners, including generous food and financial donors and 8,000 volunteers, makes it possible for Second Harvest to operate very efficiently. Every donated dollar is transformed into five meals for hungry people.

Last year, Second Harvest distributed more than 30 million pounds of food to a network of 250 neighborhood food banks and meal centers. These partner programs currently feed more than 55,000 people a week in Eastern Washington and North Idaho. Second Harvest is able to direct almost 99 percent of all donations, including in-kind gifts, toward collecting, transporting, warehousing and distributing food for people in need.