Strong Goaltending Not Enough as Chiefs Lose 2-1 in Shootout 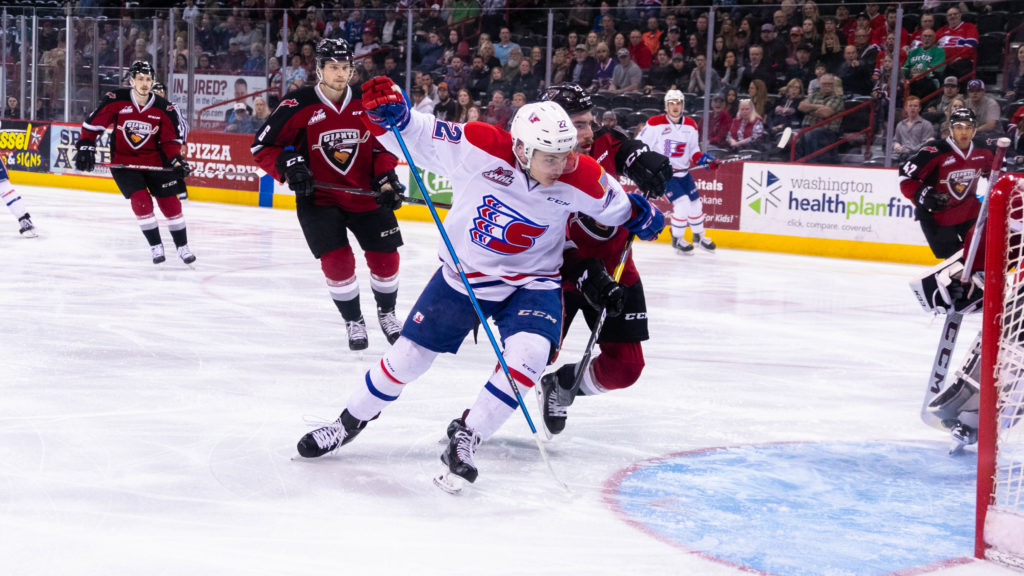 Everett, Wash. — Strong goaltending production from a pair of young netminders wasn’t enough to deliver the Spokane Chiefs their first victory of the preseason Sunday afternoon as they lost to the Vancouver Giants 2-1 in a shootout.

Following two periods of exceptional glovework that left both teams scoreless, the Chiefs finally broke the seal on the game’s scoring at 12:10 of the third period when Filip Kral connected with the Chiefs on a 5-on-3 power play. Bear Hughes and Luke Toporowski each picked up an assist on the goal. The Giants answered at 18:52 with a goal from Justin Lies that forced overtime.

With both sides comping up empty in overtime, the game was decided in a shootout. Each of the first 10 shooters to in the shootout came up empty before Tanner Brown connected for the game-winner on Vancouver’s sixth attempt.

17-year-old goaltender Campbell Arnold received the start in the net for the Chiefs and was 15-for-15 in 33:07 of action. 15-year-old Mason Beaupit took over for Arnold midway through the third and was 22-for-23 in 31:53. David Tendeck was between the pipes for Vancouver for the entirety of the game and ended the afternoon 25-for-26.

Spokane was without many of their established veterans as Jake McGrew, Eli Zummack, Noah King, and Matt Leduc were among the team’s scratches for a game that took place just over 12 hours following the completion of a Saturday night tilt with the Everett Silvertips.

The Chiefs’ preseason continues Friday, September 6 at 3:00 p.m. as they take on the Portland Winterhawks at the Toyota Center in Kennewick, Washington.