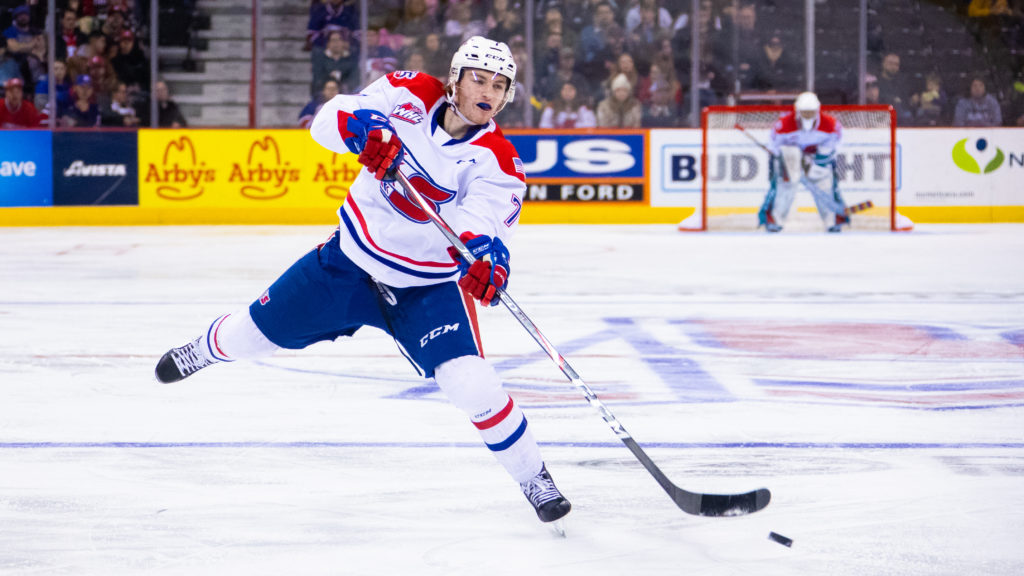 Sward, who was the Chiefs’ first-round pick (17th overall) in the 2018 WHL Bantam Draft, had a strong rookie campaign in 2019-20, posting two goals and 15 assists for 17 points in 55 games played. The Abbotsford, B.C. native logged top-four minutes for parts of the season despite sharing the blue line with NHL prospects Ty Smith and Filip Kral as well as AHL-bound Noah King, among other veterans. He finished strong, picking up a point in six of the team’s final 12 games.

Sward hopes to become the 77th Chief selected in the NHL Entry Draft after forwards Jack Finley (second round; Tampa Bay) and Bear Hughes (fifth round; Washington) each heard their name called in the 2020 draft. Spokane has had a player selected in six-straight years going back to 2015.