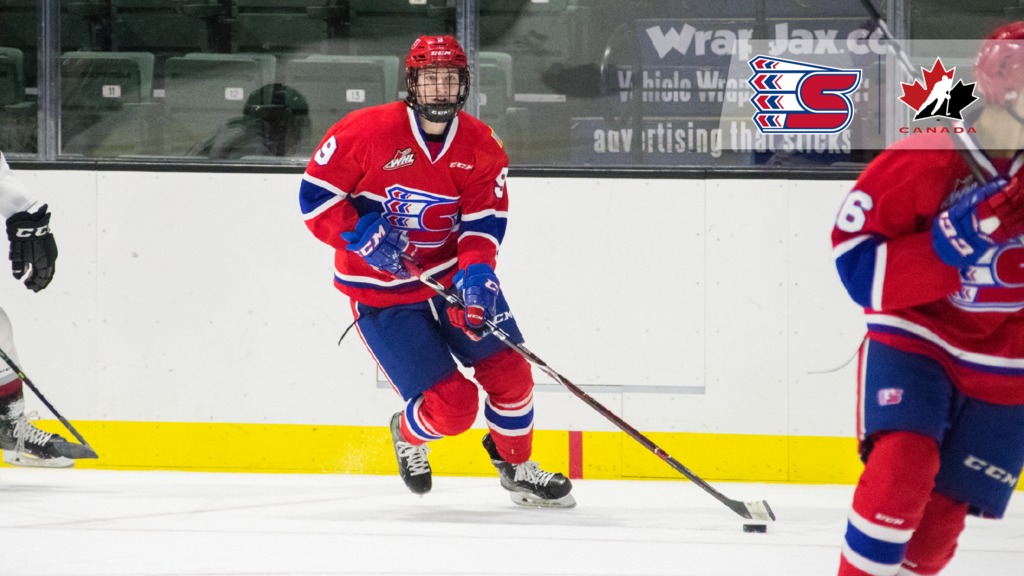 Spokane Chiefs prospect Graham Sward has been invited to Hockey Canada’s national under-17 development camp, as announced by Hockey Canada on Tuesday. The camp will take place July 19-26.

Sward, who was the Chiefs’ first-round pick (17th overall) in the 2018 WHL Bantam Draft, is one of 112 players (36 defensemen) invited to the camp. Those players will be split into six teams for on- and off-ice training, fitness testing, intrasquad games and classroom studies. On-ice sessions will take place at the Markin MacPhail Centre at WinSport’s Canada Olympic Park in Calgary.

“The national under-17 development camp is the first step these athletes take in their Team Canada career,” said Shawn Bullock, director of men’s national teams. “Ultimately, these players will learn what it takes to wear the Maple Leaf in international competition. We are here to support their development by providing the on- and off-ice experiences they need to achieve the dream of representing their country.”

Sward, a defenseman from Abbotsford, B.C., was named a BCMML All-Star for the 2018-19 season after posting seven goals and 19 assists for 26 points in 32 games with the Fraser Valley Thunderbirds. He added five points (1G-4A) in six playoff games. Sward also scored a goal in his first ever WHL game on January 5 at Kootenay.