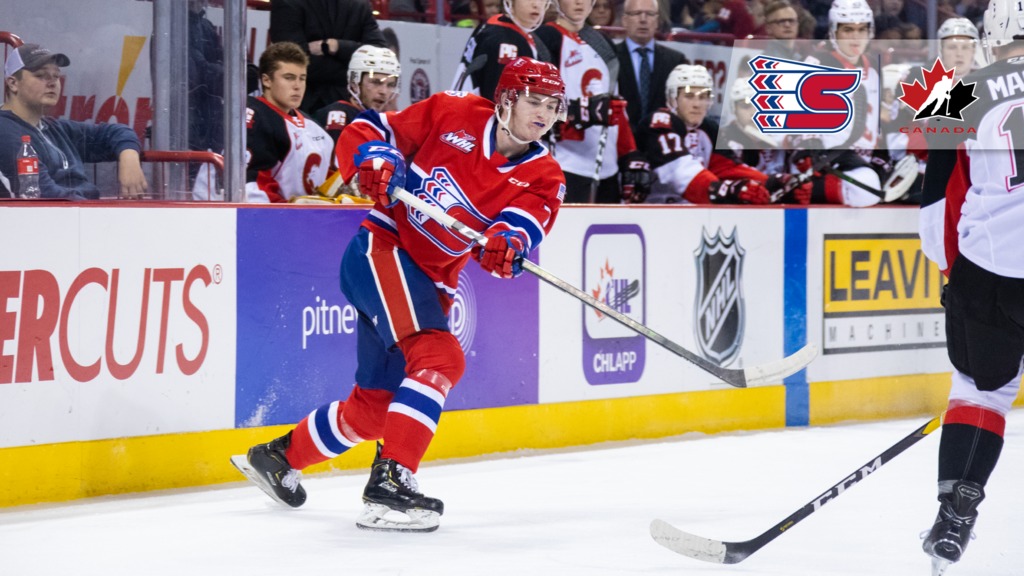 Spokane Chiefs defenseman Graham Sward has been named to Hockey Canada’s roster for the upcoming 2019 World Under-17 Hockey Challenge, as announced by Hockey Canada on Wednesday. The tournament will take place in Medicine Hat, Alta. and Swift Current, Sask. from Nov. 2-9.

“After a successful development camp with the best young players in the country, many tough decisions have been made to select the 66 players who will compete in the World Under-17 Hockey Challenge this year,” said Brad McEwen, Hockey Canada’s chief scout. “We believe this group exemplifies the values of the program of excellence and will proudly represent Canada as we compete for a gold medal in November. ”

Sward was the Chiefs’ first-round pick in the 2018 WHL Bantam Draft and has begun his first full season with Spokane. In five career games, the Abbotsford, B.C. native has a goal and three assists, including two helpers through four games played this season. He competed for Team British Columbia at the 2018 Canada Winter Games, posting two goals and two assists.

Team Canada will be split into three squads – Canada White, Canada Black and Canada Red – and will face the United States, Russia, Sweden and Finland at the event.

For more information on the 2019 World Under-17 Hockey Challenge, visit HockeyCanada.ca.