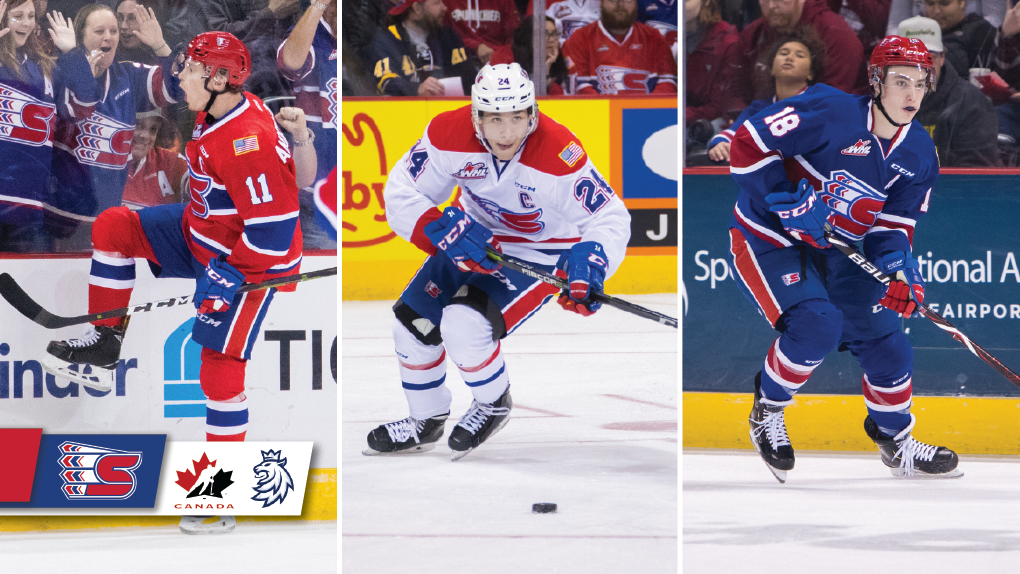 Three Chiefs are set to compete for their countries at the upcoming 2019 IIHF World Junior Championship in Vancouver and Victoria, B.C. Forward Jaret Anderson-Dolan and defenseman Ty Smith will represent Canada while defenseman Filip Kral will play for his home Czech Republic.

Anderson-Dolan earned a spot on the Canadian squad – and the honor of wearing an “A” as an alternate captain – after recovering from a wrist injury that has kept him sidelined for the majority of the season. After playing five games with the NHL’s Los Angeles Kings, Anderson-Dolan returned to Spokane and scored two goals in two games before suffering the injury. He was cleared to resume practicing just before Hockey Canada’s team camp began and has returned to full strength.

Smith enters the tournament as a key offensive cog from the back end. He had 39 points (3G-36A) headed into the mid-season break, good for first in the Western Hockey League among defensemen and third among all CHL blueliners. He figures to contribute to Team Canada’s potent power play.

Kral is the one Chief returning this season with World Junior Championship experience as he played for the Czech Republic last year, scoring one goal in seven games as the Czechs were the surprise of the tournament, finishing fourth. Kral also returned to the Spokane lineup late this season, playing his first game on Oct. 30. He has since posted three goals and four assists for seven points along with a +3 rating.

Canada and the Czech Republic will both compete in Group A of the 10-team tournament. Canada will begin pool play versus Denmark on Dec. 26 (5 p.m. PST). The Czechs will kick the entire tournament off at 1 p.m. PST on the 26th versus Switzerland. The two squads will face each other on Saturday, Dec. 29 at 5 p.m.