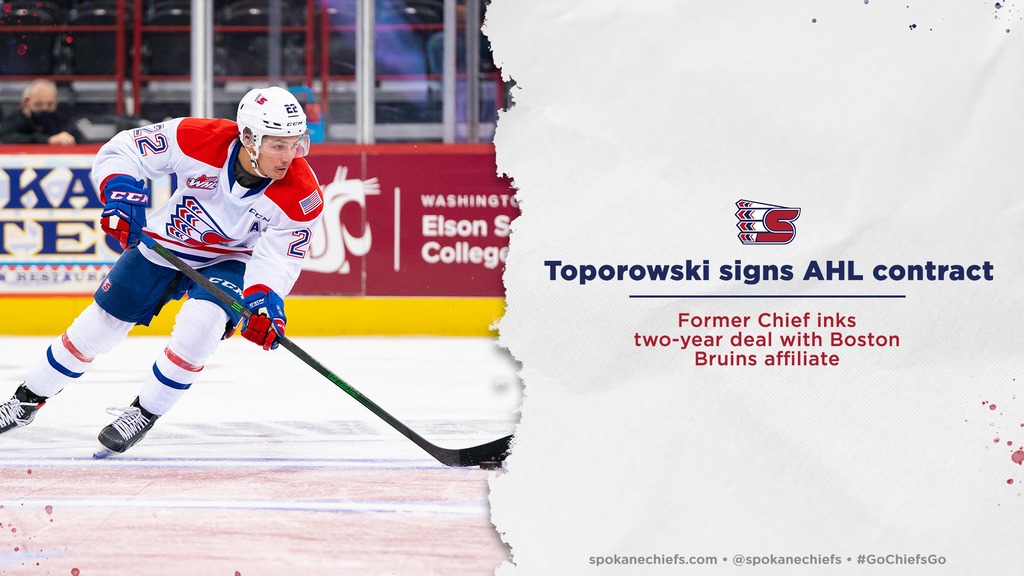 Providence, R.I. — The Providence Bruins, affiliate of the Boston Bruins, announced Sunday that the team has signed LW Luke Toporowski to a two-year American Hockey League contract through the 2023-24 season.

The Bettendorf, Iowa native spent most of the past five seasons with the Spokane Chiefs, playing 223 games with the Chiefs before being traded to the Kamloops Blazers in January for the remainder of the 2021-22 season. In total, he scored 96 goals and added 103 assists for 199 points in the WHL, including 165 for Spokane (76G-89A).